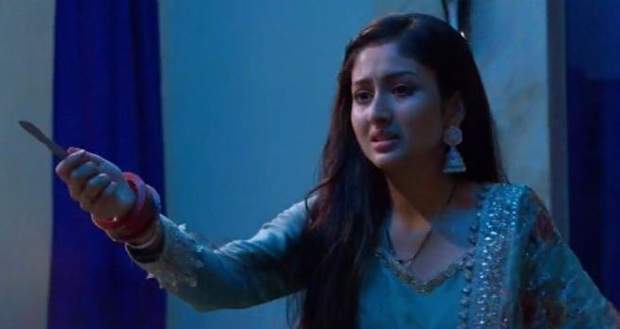 The nurse asks Parineet if she was not afraid of the thugs while Pari says she just stood for the person who saved her life.

Meanwhile, Neeti feels something is off and calls Monty asking about Sanju.

Neeti cries in front of Sukhwinder as Sanju has not reached out to him since he got injured.

Sukhwinder soothes Neeti and puts her to sleep.

Further, Pari takes good care of Rajeev while Rajeev's critical mind asks him who he is looking for as he never liked Parineet and is suddenly looking for her.

Rajeev thinks that he is not being fair to Pari and is thinking of marrying another woman.

Later, Rajeev realizes that he is the most important person in Parineet's life while he doesn't value Parineet at all and should take responsibility for her.

Monty asks Rajeev if he feels Parineet is an ideal wife.

Monty discusses with Rajeev that he told Neeti about his hospitalization.

Later, Rajeev calls Neeti and talks to Neeti feeling a bit awkward, and ignores her.

Meanwhile, Sukhwinder suggests Neeti should take care of Sanju or someone else will take him away.

Rajeev gets ready for his marriage with Neeti while Pari thinks of Rajeev entering the house with her.

Monty asks Rajeev how he will go out for his marriage while Rajeev says that he loves Neeti but is thankful for Parineet.

Rajeev says he owes his life to Pari as she saved him from Shera.

Monty asks Rajeev if he is in love with Parineet while Rajeev says he respects Pari as he is her husband.

Rajeev is amazed by Parineet's wife's duties which are way bigger than his love for Neeti.

Parineet arrives and feeds Rajeev his lunch while Rajeev asks if she will not eat.

Pari says that she has a fast without drinking water and food.

Further Parineet mentions all the seven promises she made while marrying Rajeev.