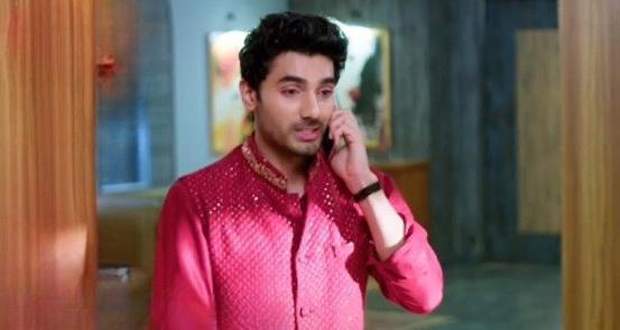 Further, the priest repeats the four promises Parineet and Rajeev made in their marriage and renews their vows.

Rajeev feels something for Parineet and looks at Parineet with love.

Later, Rajeev asks the priest to repeat all the seven promises while Pari blushes.

Monty looks at Rajeev with surprise as he is engaged to Neeti.

Meanwhile, Neeti calls Pari and finds out that her husband Rajeev got stabbed by Rakesh's bodyguard.

Pari shares with Neeti that she repeated her vows with Rajeev which makes Neeti happy that she will be marrying Sanju on the same day.

Further, Neeti talks to Sukhwinder about Parineet's husband getting stabbed by Shera and the puja where Pari repeated her vows with Rajeev.

Sukhwinder feels grateful for Parineet having a good life partner and wishes the same for her daughter Neeti.

Meanwhile, Parineet thanks Rajeev for the special gift of renewing her vows and pheras.

Pari asks Rajeev why she feels different as Rajeev saw her with love which was not the same as before.

Rajeev says he feels the same and says she is right about how he feels towards her, Rajeev says that Pari has made him realize the importance of marriage and vows.

Rajeev leaves and says he is going to fix everything which is an important task for their marriage.

Further, Rajeev arrives at the wedding venue of his marriage with Neeti and asks the manager if Neeti has arrived.

Rajeev asks the decorator to stop the marriage and plans on telling Neeti the truth as soon as possible.