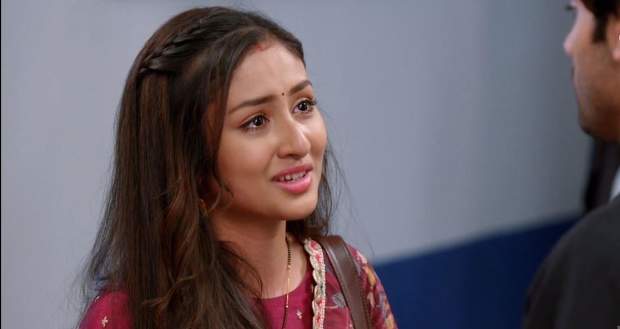 Today's Parineeti 18th May 2022 episode starts with the Parineet and Rajeev taking a hold of the lady robber and snatching the gun from her.

Later, Parineet calls the police while the robbers pointed a gun at Rajeev and Monty.

On the other hand, Pari requests the woman robber to leave Rajeev while the woman gets confused as she saw him with Neeti before.

Meanwhile, the bank team with gold arrives at the bank, and the man bringing the gold in finds out the truth about the robbers.

The gold manager runs away and escapes with the gold informing the police afterward.

Pari, Rajeev, and Monty manage to run away again while Pari and Rajeev express care for each other.

The bank manager runs away which results in a shooting and Parineet screams out of fear.

Pari gets caught by the woman while Rajeev prays Parineet to die as it will solve all of his problems.

As soon as Rajeev hears Pari's screams Rajeev runs in her direction to save her life which contradicts his wish for Parineet's death.

On the other hand, Neeti is impressed by Vikram's status in Barnala for saving her brother Tarun.

Meanwhile, Mandeep tries to call Vikram but Vikram lies to her for being alone while he talks to Neeti.

Later, Parineet shouts at the robbers and protests against their ways of looting the bank.

On seeing Pari's courage, Rajeev and Monty discuss her bravery while the robber tries to kill Parineet.

After some time, the police arrive and warn the robbers to surrender but the robber tries to shoot Pari.

On the other hand, Neeti sees the video sent by Pari and is shocked.