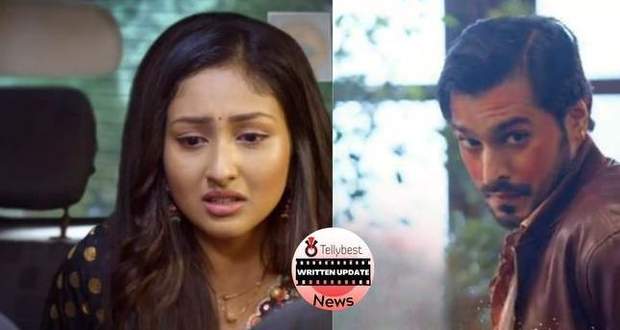 He then starts dragging Pari toward his car but before he can take Pari with him, Pari comes out of her nightmare.

She then quickly gets into Neeti’s home.

On the other hand, Shera goes for a nature call leaving Neeti with his friends in the car.

Using this as an opportunity, Neeti runs away from there.

She even calls Neeti for advice.

In the meantime, Shera comes back to the scene and gets shocked after learning about Neeti running away.

After scolding his friends, Shera, and his friends start searching the streets for Neeti.

At the same time while running, Neeti gets a call from Pari.

Before she can explain the situation to Pari, she gets hit by a running car.

While blood is coming out from Neeti’s head, Neeti tries to reach for the phone but fails to do so.

Unable to hear Neeti’s voice, Pari gets worried for Neeti.

In the meantime, Shera and his friends are shocked to see Neeti lying on the street.

Shera is not sure how to break the news to Rakesh.

Elsewhere on the highway, a big crowd gathers around Neeti and starts discussing whether to take Neeti to the hospital or not.

At the same time, Neeti’s phone starts ringing, and a stranger picks up the call to tell Pari that Neeti is heavily injured.

Hearing this, shocked Pari falls to the ground and starts crying for her best friend.

However, she somehow controls herself and promises herself that she will not let anything happen to Neeti.

Once outside, Pari frantically tries to get a ride to reach Highway but no one stops their car to help her.

Lucky for her, she gets a ride from a taxi driver.

© Copyright tellybest.com, 2020, 2021. All Rights Reserved. Unauthorized use and/or duplication of any material from tellybest.com without written permission is strictly prohibited.
Cached Saved on: Saturday 1st of October 2022 04:36:59 PM