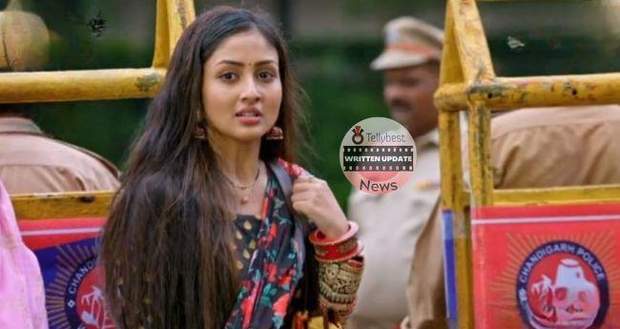 Seeing Neeti’s motionless body, Pari starts begging everyone to help her to get Neeti to the hospital on time.

A taxi driver comes forward and takes Pari and Neeti to the hospital.

Meanwhile, in Rajeev’s house, Simmy taunts Parminder for Pari being the reason for humiliation in front of her friends.

Hearing this, Rakesh gets furious as he knows if Neeti spills the news to the media then his politician father will kill him.

He even orders them to find out to which hospital Neeti is admitted.

Noticing Parminder’s angry face, Chandrika tries to calm her down by announcing that Pari must be in some trouble.

At the same time in the hospital, Pari urges the doctor to start Neeti’s treatment but the doctor denies it as he thinks Police need to know about the accident.

This makes Pari upset and she starts reasoning with the doctor that if he does not start Neeti’s treatment the right way then Neeti can die.

On the other hand, Neeti and Rajeev’s portrait falls to the ground and breaks into pieces in the office.

Seeing this, Rajeev gets even more worried for Neeti and tries to call her.

When Neeti doesn’t pick up his call, Rajeev starts hallucinating Neeti in his office.

Neeti then asks Rajeev what he will do if she permanently walks away from his life.

Before sacred Rajeev can answer her, his boss scolds him for daydreaming.

At the same time, in the hospital, Pari goes to talk to the head doctor but she also denies helping.

The head doctor argues with Pari that they can’t risk their hospital reputation at any cost.

Hearing this, Pari takes an impulsive decision and picks up a knife nearby.

She starts threatening the doctor that if she does not start Neeti’s treatment soon then she will kill herself.

Seeing the determination in Pari’s eyes, the doctor agrees to start the treatment.

© Copyright tellybest.com, 2020, 2021. All Rights Reserved. Unauthorized use and/or duplication of any material from tellybest.com without written permission is strictly prohibited.
Cached Saved on: Sunday 2nd of October 2022 06:24:21 AMCached Disp on: Thursday 6th of October 2022 04:17:28 PM