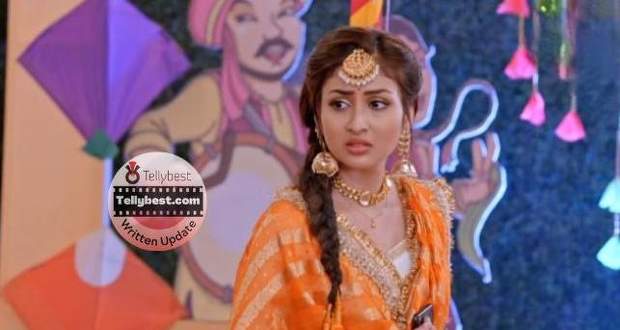 Today's Parineeti 20th January 2023 episode starts with Pari waking up from her nightmare with a shudder.

When she looks around with a concerned face, Gurpreet and Biji urge her to continue the pheras while Neeti and Sukhwinder are toward the holy fire.

Pari intentionally burns her foot by stepping on the charred wood and flinches in pain as she thinks Neeti is the one who deserves to do the ritual.

Parminder however scolds Pari in her mind for giving her rights to Neeti again after she realizes Pari herself burned her foot.

Hearing this, Rajeev feels relieved as his truth is safe for now but when Neeti offers to check Pari’s foot, Rajeev orders her to stay away in a harsh voice.

Since Pari is in pain, Neeti does not mind it and Rajeev continues taking care of Pari.

Afterward, Gurinder finds Neeti standing in a corner and urges her to do phera with Rajeev since it is their first Lohri.

Gurpreet even adds that the holy fire is very good for unborn babies and newly married couples when Neeti mentions that Biji is there so she cannot do it.

However, Gurpreet stubbornly mentions that she does not want her grandchild to be deprived of the goodness of holy fire so it is okay to cheat Biji's eyes causing Neeti to rethink her decision of not doing the phera today.

Once Neeti walks away, Gurinder says that she does not care about Neeti's baby and she only wants to throw Pari out of the house with an evil smirk.

Meanwhile, Rajeev begs Pari to help him as Neeti wants to do the ritual with him and Pari announces that it is Neeti's right to do the phears with him not her making Rajeev feel suffocated with guilt since it is also Pari's first Lohri and he has snatched her rights.

She walks away after informing Rajeev that she will take Biji and Gurpreet both inside the house for fifteen minutes so Rajeev can finish the ritual in that time.

Later, Pari urges Biji to come inside the house with her as it is getting cold to wear a warm jacket and Biji agrees after Rajeev's request.

Once Biji is in her room, Pari calls Gurpreet and urges her to come to sit with Biji for some time and Gurpreet agrees.

Pari again calls Rajeev to order him to start the ritual after everything is set and also orders him to finish it quickly.

Meanwhile, Babli and Simmy get into banter when Simmy compares her with a Punjabi mail train but Parminder drags Simmy away.

Later, Gurinder's face falls when Rajeev informs her that Biji and Gurpreet are not here so they should use the opportunity for the phera as her dream of throwing Pari out is unfulfilled again.