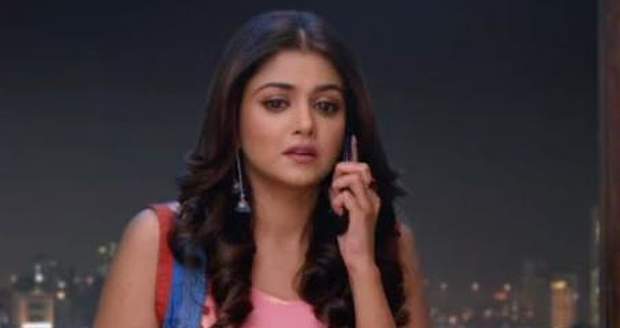 Pari hears a noise in the corridor and recognises it to be Rajeev's while running towards it.

As Pari reaches the room, Rakesh is about to choke Rajeev.

However, Pari hits Rakesh with a vase, from behind, making him fall.

On the other hand, Neeti urges the uncle to drive fast or else she will not be able to stop Pari’s wedding.

While telling the couple about Pari, Neeti also tells them about liking Rajeev but not having time for a relationship.

Seeing Rakesh unconscious, Pari loses her cool thinking that she has killed him while Rajeev tries to calm her by telling him that she has actually saved his life.

Unable to hear Rajeev’s accusations anymore, Pari tells him that she was doing it to save his life.

Afterward, Rajeev tells Pari that they have to hide Rakesh somewhere so that MLA’s goons do not know his identity, otherwise, they will interrupt the wedding.

After putting Rakesh in a wardrobe, Rajeev gets ready to impersonate Rakesh while Pari helps him tie the ‘Sehra’.

In the meantime, Vikram tries to call Neeti but spots the tempo and finds Shera and Jaya in it.

Telling Vikram a false story about Rakesh, they request him to untie them.

Afterwards, Shera and Jaya go inside to check on Rakesh.

Being impatient, Neeti tricks uncle into changing the driving seat and begins to drive at a fast speed.

Seeing Pari scared, Rajeev assures her that she has nothing to fear as he is always with her.

Later, Pari enters the ‘Mandap’, hand in hand with Rajeev feeling safe and happy and resumes the wedding rituals.