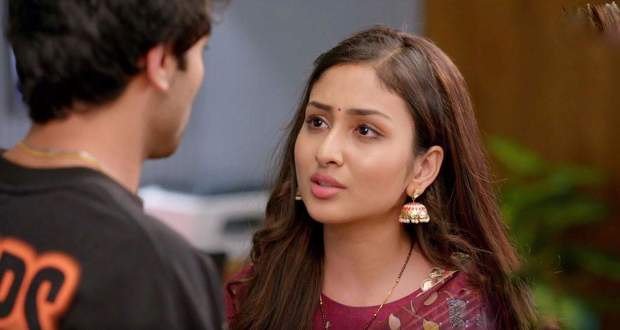 Today's Parineeti 21st May 2022 episode starts with Rajeev protecting Pari from the loud noise from the shooting while the police and robbers clash in the gunfight.

The robbers manage to deceive the police and get a hold of the hostages once again.

On the other hand, Vikram requests Simmi to get out of the car and let him drive instead.

Simmi feels a bit humiliated but focuses on the seriousness of the situation.

Meanwhile, the media waits for the police to arrive along with the hostages but are disappointed.

On the other hand, a member of the robbers also gets injured while the head robber demands a doctor or will kill Parineet.

Meanwhile, Parineet confesses her feelings for Rajeev on how she fell in love with him the first time she saw Rajeev.

Further, the robber catches Pari and Rajeev and takes them to the main head.

On the other hand, Neeti is tense about her best friend Pari and her life.

Worried about her friend and fiance, Neeti runs towards the bank but the lady officer calms her down.

Meanwhile, the robbers try to bluff the police by showing them the people they killed earlier and the real key to the locker room.

The police officer suspects the robber on how he got to know the location of the locker room key.

Further, Pari and Rajeev quarrel and they escape once again.

Later, Neeti plans to enter the bank by being a nurse while Pari hugs Rajeev after getting scared of his angry attitude in the bank.

© Copyright tellybest.com, 2020, 2021. All Rights Reserved. Unauthorized use and/or duplication of any material from tellybest.com without written permission is strictly prohibited.
Cached Saved on: Sunday 2nd of October 2022 09:07:54 PMCached Disp on: Wednesday 5th of October 2022 06:41:06 PM