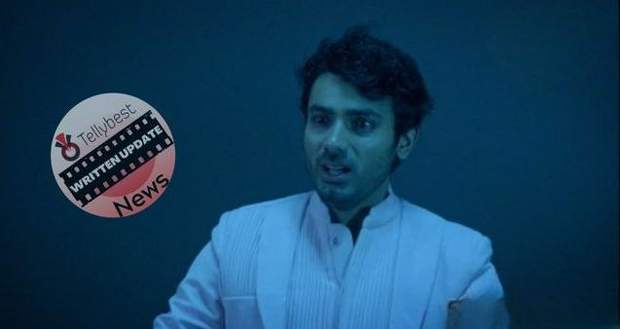 Today's Parineeti 21st September 2022 episode starts with the police telling the Bajwa family that they need to search Pari around the mountain while Rajeev decides to look for Pari himself.

During the car journey, Rajeev gets a call from Harman who urges him to give the call to Pari.

As expected, Rajeev quickly lies that Pari is busy with Tayaji so she cannot talk.

Harman somehow believes it and cuts the call.

Later, Rajeev notices a similar woman like Pari walking on the streets and approaches her with hope but she is someone else.

After the woman leaves, Rajeev breaks down in tears while sitting on the pavement as he cannot believe Pari has walked away from his life like this.

Meanwhile, the Bajwa family also arrives near the mountain and starts asking the local vendors for Pari while Monty feels guilty because he has also helped Rajeev in his cheating.

Afterward, the Bajwa family along with Rajeev arrives at the mountain, and Chandrika points a shaky finger toward the edge of the mountain.

Rajeev goes to pick up the dupatta while Parminder notices a few blood drops on the soil and screams.

Rajeev tries to convince everyone that Pari must be alive but everyone ignores him.

Despite Rajeev's protest, the police order Rajeev to go to the police station with them.

At the same time, Gurinder calls Rajeev to know about Pari’s situation.

After learning about Pari’s suicide, Gurinder starts jumping with joy.

Later in the police station, Rajeev is begging the police officer to let him go as he is sure Pari is alive.

Hearing this, the angry police officer reminds Rajeev that he can get punished for cheating.

At the same time, Gurinder arrives there and starts urging the police to let Rajeev go.

Monty also reminds the police that they cannot arrest someone until that person is proven guilty.

Though the police are not convinced, they let go of Rajeev.

On the other hand, in the hospital, the two nurses are gossiping about Neeti’s family members and how they are ignoring Neeti.

The one nurse then suddenly tells the other that heavy usage of sleeping drugs is not good for Neeti’s pregnancy.