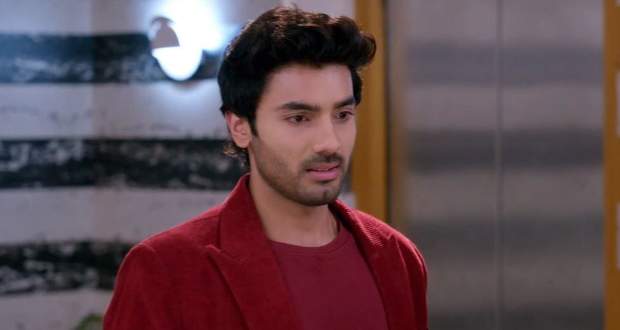 Today's Parineeti 22nd April 2022 episode starts with Parineet and Neeti taking away the dress that Rajeev selected from the employee working there and walking off to change into it.

Parineet asks Neeti to calm down her anger and cheers her up as Neeti criticizes the staff for creating chaos due to the dress.

Meanwhile, Mandeep gets to know about the plan of visiting Parineet in Chandigarh and gets nervous as she had left Parineet at the bus stop in the past.

Coming back to the clothing store, Parineet and Neeti choose their dresses while Rajeev appears at the backside and gives the girl her ball back.

Rajeev asks the girl not to disturb others in the way she did them and pinches her cheeks making her run away while crying.

The girl goes to her mother and tells her that an uncle slapped her which makes her mother infuriated with anger.

However, Parineet gets stopped by one of the employees who starts to show her the latest designs of lehengas.

Just then, the lady from Barnala appears and apologizes after she spots Parineet for raising questions about her character in the past.

Elsewhere, Vikram plans to confess to Neeti and nearly gets caught by Simmi while talking to Neeti’s picture.

An encounter takes place between Rajeev and Parineet as Rajeev saves Parineet from falling, but they fail to see each other’s faces as the dress in Parineet’s hand acts as a curtain.

Later, Neeti meets Rajeev inside her changing room and shouts for help to tease Rajeev which makes Parineet come to the door as he hears Neeti’s cry for help.

Rajeev tells Neeti that the voice seems familiar to him as if he has heard it before.