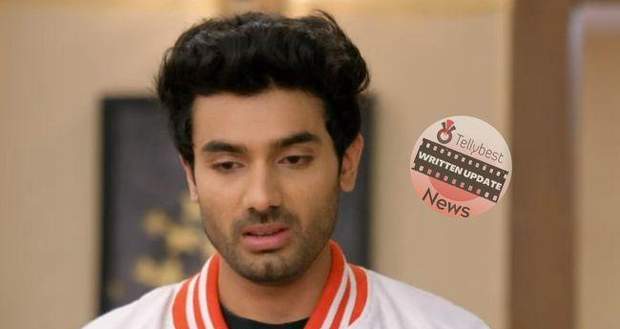 Seeing the nurse enter, he quickly hides behind a curtain and plans to kill Neeti once the nurse goes out.

However, the nurse quickly finds him and starts asking him the reason for his sudden arrival.

As expected, Rakesh creepily informs the nurse that he is a very close friend of Neeti and he is here to meet her.

Hearing this, the nurse orders Rakesh to sign the forms so they can start Neeti’s treatment quickly.

Though Rakesh agrees, he tells himself in his mind that he will do Neeti’s treatment without anyone’s consent.

Elsewhere in his office, Rajeev tries to call Neeti’s phone again but she doesn’t pick up.

Meanwhile, in the hospital, Pari notices Sanju’s call on Neeti’s phone and calls him back but he doesn’t pick up.

On the other hand, outside the hospital, Rakesh’s dad arrives and starts scolding Shera for not answering his phone.

At the same time, Rakesh appears behind his father and promises to kill Neeti soon since she has hurt his ego.

However, disappointed Rakesh’s dad orders Rakesh and Shera to go underground until he tackles the situation on his own.

Before Rakesh’s dad can say anything further, he gets a call.

Using this as an opportunity, Rakesh informs Shera that he will inject poison in Neeti’s body.

Outside while passing the hospital, Simmy and Pari’s uncle and aunt notice Rakesh’s dad talking on his phone.

Like always, Simmy orders Pari’s uncle to stop the car so she can find out the reason behind Rakesh’s dad’s hospital visit.

Later in Rajeev’s house, he is confessing his feeling for Neeti to his pillow, and Chandrika notices him.

Seeing Rajeev like this, Chandrika thinks he is missing Pari very much.

Meanwhile, in the hospital, Pari’s uncle and aunt notice Pari along with Neeti.

Seeing Neeti in a hospital bed, Pari’s uncle asks Pari the reason for it and she narrates the whole story of Neeti’s accident.

Noticing Pari’s crying face, Rakesh tells Pari in his mind that Pari needs to save her tears for a little longer as Neeti will die soon.