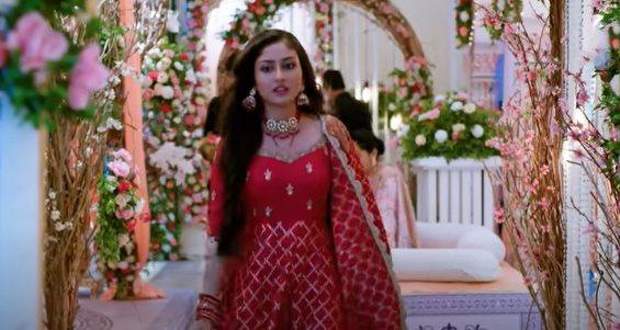 Today's Parineeti 23rd June 2022 episode starts with the taxi driver thinking of taking revenge on Pari and Neeti and talks to his friends about how he was beaten up badly by them.

The taxi driver's friend suggested spoiling Neeti and Pari's faces as they gave a scar on his face.

Furthermore, Sanju's friends enjoy the wedding and have fun while the taxi driver and his friends arrive at Neeti's wedding disguised as waiters.

The taxi driver plans on kidnapping the bride and the groom.

On the other hand, Sukhwinder appreciates Parineet's efforts in decorating Neeti's wedding.

Meanwhile, Vikram expresses his jealousy for Sanju and passes a weird comment but is stopped by Harman.

Later, Neeti dances with Parineet but bumps into Vikram and feels the spark with him, and feels shy.

On the other hand, Parineet thinks of dancing with her husband Rajeev and expressing her love for him.

Parineet gets lost in her daydreams but is brought back by Neeti and continues to enjoy the wedding.

Further, Sanju arrives with his friends wearing Sehra and dances with Neeti.

Later, Sanju notices Parineet and her family taking care of Sukhwinder and is scared to his bones.

The taxi driver plans on making Sanju and Neeti unconscious and taking them to their spot.

Sanju runs towards his room to escape from the Kakkars while the taxi driver and his men follow him.

Neeti and Parineet get emotional about how well the arrangements have been done and feel grateful for this day.

Sanju hides in the washroom and opens the door of his room but finds Vikram standing outside which gives the taxi driver a chance to escape as they fail to put chloroform on Sanju.

Vikram calls out the waiters and orders them to take out the glasses but also notices Sanju’s awkward behavior.

© Copyright tellybest.com, 2022, 2023. All Rights Reserved. Unauthorized use and/or duplication of any material from tellybest.com without written permission is strictly prohibited.
Cached Saved on: Monday 21st of November 2022 02:53:02 PMCached Disp on: Monday 5th of December 2022 01:27:01 PM