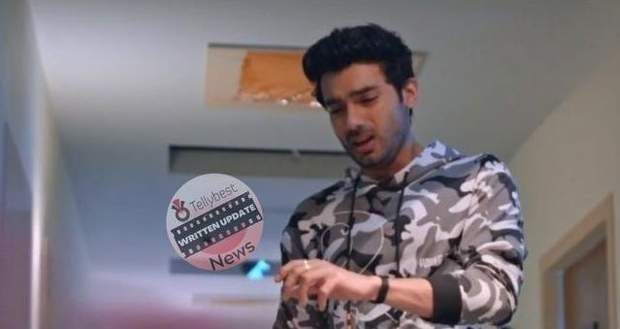 Today's Parineeti 23rd September 2022 episode starts with Rajiv praying that Pari is fine and that he can find her soon.

Just then, he notices Pari and stops the car while Monty gets confused.

Rajiv gets out of the car and tries to stop Pari while telling her that he knows she will forgive him since she loves him very much.

Pari mocks him saying that her love only amounts to an apology for him and accuses him of being selfish.

However, he tries to convince her by saying that he and Neeti will not be able to live happily if Pari doesn't forgive him.

In all seriousness, Pari tells Rajiv that she will forgive him only if he goes away from Neeti and suffers the same fate as her.

It all turns out to be Rajiv's hallucination as Monty makes him sit back inside the car and drive towards the hospital.

Elsewhere, Mandeep dreams that Pari has left the Bajwa house and worries about Pari coming back to them.

Back at the Bajwa house, Chandrika gets angry at Amit for going to console Gurinder.

However, Amit tells her that Tayaji sends him and enters the room with Chandrika.

Gurinder and Chandrika get into an argument as Chandrika tells her that she is wholly responsible for everything that is happening to Pari and leaves.

Back at the hospital, Rajiv and Monty see the commotion in the hospital and get shocked to hear the nurse and the doctors talking about a girl who jumped from the cliff and committed suicide.

Monty stops a nurse and asks her about the girl while she informs him that the girl died before reaching the hospital and that her body is in the morgue.

At the Bajwa house, Parminder keeps worrying about Pari while Tayaji tries to comfort her by saying that nothing bad will happen to Pari.

Just then, Simmi comes there and tries to feed her while apologizing for her past mistakes.

Parminder gets emotional recalling the time when Pari had hosted a party for their anniversary.

Simmy gets jealous and leaves angrily while Tayaji tells Parminder to not mind her.

On the other side of the city, Rajiv goes to the morgue where a nurse tells him to write his details in the register before identifying the body.

© Copyright tellybest.com, 2020, 2021. All Rights Reserved. Unauthorized use and/or duplication of any material from tellybest.com without written permission is strictly prohibited.
Cached Saved on: Sunday 2nd of October 2022 11:27:34 AMCached Disp on: Monday 3rd of October 2022 08:16:18 PM