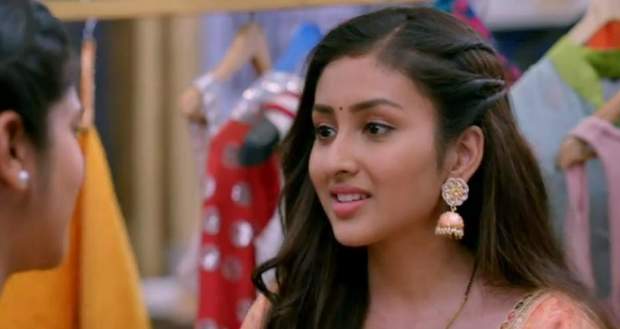 Today's Parineeti 25th April 2022 episode starts with Mandeep getting worried about getting caught and gets intense nightmares about how Harman will not forgive her after what she has done to Parineet.

Meanwhile, Rajeev freaks out after he gets a glimpse of Parineet and is worried that someone will come to snatch his love and happiness from Rajeev.

On the other hand, Neeti thinks of a plan to teach the taxi driver a lesson who molested Pari a few days ago as she sees him at the taxi stand.

Meanwhile, Mandeep is worried about getting caught after she left Parineet all by herself in Chandigarh while the family is travelling to meet Parineet in the car.

Mandeep asks for help from God and promises not to do anything evil ever again in her life.

Later, Monty tries to console Rajeev and hugs his elder brother, and not think too much about Parineet.

On the other hand, Neeti offers the taxi driver double his wage and takes him to her home.

Later, Parineet wishes to meet Rajeev while Rajeev is on his way to Neeti's apartment.

Neeti receives a call from Rajeev and she gets out of the taxi and requests him for beating the taxi driver and take revenge for her friend Parineet.

As Rajeev arrives near Neeti's apartment, he sees a girl standing by the corner and gets flashbacks of Parineet.

Meanwhile, Rajeev tries to see the girl's face, and Parineet freezes in shock.