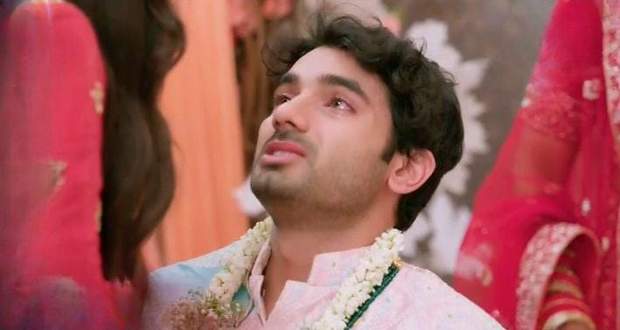 Today's Parineeti 25th June 2022 episode will not be telecasted due to IIFA Awards.

Till now Sanju and Neeti's marriage is at a halt due to the revengeful attitude of the taxi driver who was beaten brutally by Sanju and Neeti when he tried to molest Parineet and Neeti at her house.

The taxi driver coincidentally reaches Neeti and Sanju's wedding and wishes to kidnap Neeti along with Sanju with the help of his friends.

On the other hand, Sanju is guilty as he just found out the truth about Neeti and Parineet being best friends and is getting a panic attack.

Further, Sukhwinder is happy that Sanju agreed to marry her daughter Neeti at her request and also asked Sanju not to mention anything about his confession letter that he wrote to Neeti a few days ago.

Neeti is on cloud nine as she is getting married to the love of her life and Parineet is happy to see Neeti living her best life.

Meanwhile, Vikram is a bit skeptical about Sanju's awkward behavior as he noticed him getting anxious at the wedding.

© Copyright tellybest.com, 2022, 2023. All Rights Reserved. Unauthorized use and/or duplication of any material from tellybest.com without written permission is strictly prohibited.
Cached Saved on: Monday 21st of November 2022 06:36:05 PMCached Disp on: Monday 5th of December 2022 01:20:29 PM