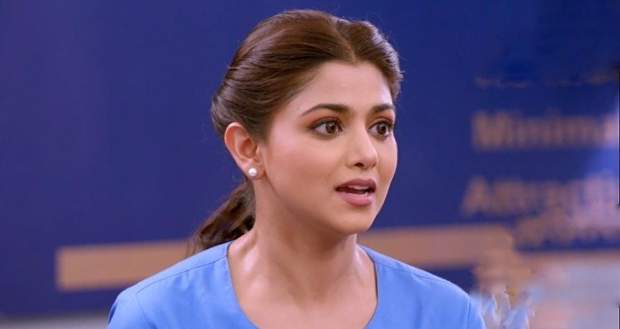 Meanwhile, Simmi and Chandrika find out the police officer is scolding the media and ask for their help.

Later, the media broadcasts the fake news of Akki's mother in the custody of the police.

Meanwhile, Akki's mother shares the news with the police about Mukesh and Akki being brothers.

On the other hand, Sanju tries to come clean and is about to confess his mistake.

Meanwhile, Akki catches Neeti and Sanju and they separate the women and men to balance the situation.

Later, Pari sees Neeti and wakes her up with a splash of water while Neeti looks around for Sanju.

On the other hand, Rajeev is hurt while Vikram wakes him up.

Monty informs Rajeev that Neeti is away in another room while Vikram says the villains will not be saved.

Further, Vikram explains how Parineet's best friend will teach the villains a lesson.

Parineet and Neeti have a bonding moment while they get protective of each other.

Later, Neeti says she loves Parineet more than Sanju and will take revenge on the villains for hurting her.

On the other hand, Neeti executes a plan with the women and stops the robbers.