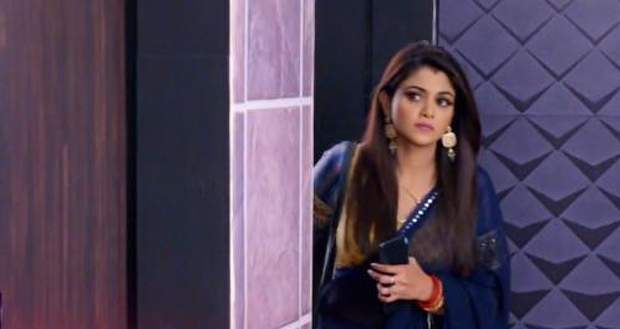 Today's Parineeti 26th July 2022 episode starts with Neeti walking away while Rajeev locks Parineet between his arms romantically in the gents' bathroom.

Hearing a knock, Parineet urges Rajeev to let her go now, and thinking Neeti has gone Rajeev lets her go and comes out of the bathroom with her.

Once outside, he notices Neeti again talking to a stranger and drags Pari inside.

While Rajeev is confessing his liking for Pari, he gets a call from Neeti and walks away from there.

After Rajeev leaves, Pari again thinks about who calls him always and decides to talk to Neeti about it.

Outside the restaurant, Rajeev meets his driver and takes the keys from him.

He then meets Neeti and they go for a long drive and show Neeti the couple trophy.

He breathes a shy of relief as Pari and Neeti did not see each other and starts thinking about how he and Parineet were declared the best couple.

Elsewhere in the hotel, Monty picks up Parineet for home.

Monty curses Rajeev for having two wives when he can’t even get one girlfriend.

At the same time, during the drive, Neeti cheerfully announces she and Sanju are the best couple which stresses Rajeev more as his choices are similar to Parineet’s.

However, later while Rajeev and Neeti are sharing ice cream, Monty passes them in his car.

Before Monty can pass the area quickly, Parineet notices Neeti and urges him to stop.

To stop Parineet from approaching Neeti, Monty reminds her of Mishika.

Later, Sanju drops Neeti at her doorstep and bids farewell as he has a very important meeting this weekend.

After Sanju leaves, Neeti gets emotional as she cannot stay away from Sanju.

Ironically, Neeti thinks Sanju is better than Rajeev because he will not cheat on her.

Elsewhere in Rajeev’s home, Parineet feels guilty for overthinking everything.

Seeing Pari shivering in cold, he lovingly puts the blanket on her while soft music plays in the background.

Noticing this, Parineet decides to visit the temple the next day to beg forgiveness for doubting Rajeev.