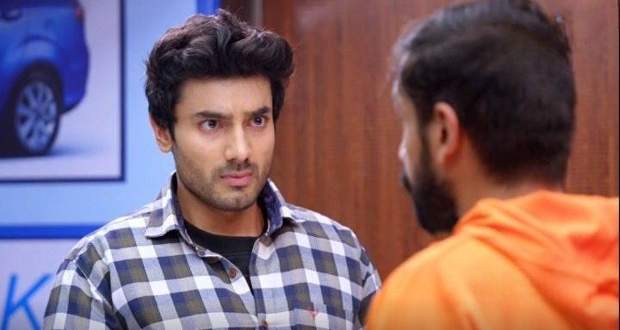 Today's Parineeti 28th May 2022 episode starts with Parineet feeling proud of her husband Rajeev and thanks to him for his bravery.

Meanwhile, Vikram arrives at Neeti's place and makes tea in her kitchen while Sanju cancels the plan to meet Neeti and says sorry.

Further, Vikram wants to find out more about Sanju as Mandeep warned Vikram about something being fishy.

Vikram asks for Sanju's photograph while Neeti goes into her room to get one.

On the other hand, Parminder prepares for the puja while Pari asks if Gurvinder is also coming to the puja making Parminder irritated.

Later, Parineet talks to Chandrika about how lucky she is to have helpful in-laws like her and shares her heart with Chandrika.

Chandrika and Pari share a special bond and hug each other.

On the other hand, Simmi feels jealous and watches from a distance.

Later, Vikram denies watching Sanju's picture and talks about how Mandeep talked to him about the reason behind her suspicion.

Neeti agrees with Vikram and is pushed into deep thoughts while she jokes around lightening the mood.

Later, Vikram leaves for Barnala while Sanju gives a surprise to Neeti.

Meanwhile, Parineet prays to Goddess Durga and thanks to her for saving their lives from danger, and lights a lamp.

On the other hand, Sanju holds Neeti's hand and proposes to her for marriage, and bends on one knee.

Later, Sanju proposes to Neeti and asks her to marry in four days while Parineet's lamp gets extinguished.

Parineet tries to light the lamp again but fails and gets an intuition for something bad might happen.

Neeti expresses her love for Sanju and says she is scared to lose him.

Later, Neeti shares that her friend always wanted a guy like Sanju and he is the best.

Sanju jokingly says that if he is the best of all will both friends be sharing him in half.

The joke hurts Neeti and her smile diminishes while she is pushed into deep thoughts.