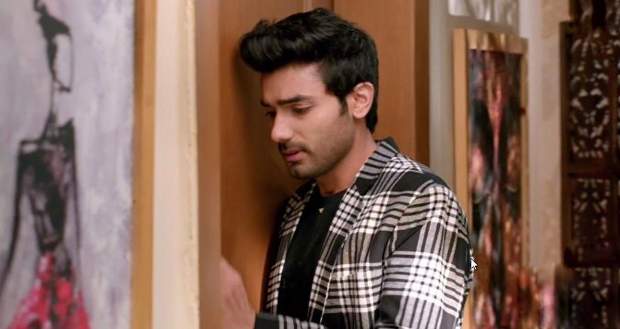 Today's Parineeti 29th April 2022 episode starts with Rajeev getting excited about his engagement ceremony and can't wait to make Neeti his wife.

Later, Rajeev discusses Neeti and his love story with Monty and blushes with joy.

On the other hand, Neeti says they should leave to see Rajeev but Parineet is feeling awkward as she knows Vikram likes Neeti.

On the other hand, Neeti thanks Vikram for helping her to become what she is today and which led her to meet Sanju.

As Parineet leaves for Rajeev's house she feels bad for her brother Vikram.

Vikram says he is happy for Neeti and Parineet need not worry about him.

On the other hand, Neeti talks to Sanju on call and rejects his western outfit, and asks him to wear something traditional instead.

Rajeev chooses his old sherwani to wear on his engagement day with Neeti but it reminds him of Parineet.

Further, Monty asks if he is not confused about his two names Rajeev and Sanju.

Monty teases Rajeev that he left Parineet at Barnala who used to call him by his old name.

Later, Vikram and Parineet find Rajeev's house by asking a neighbor who directs them toward the Bajwa mansion.

Meanwhile, Parineet gets emotional as she sees the Bajwa nameplate at Rajeev's house.

Parineet makes a swastika on the nameplate just like a typical housewife to ensure the happiness and prosperity of her house.

Later, Monty brings the safa (turban) from Balwinder's room and ties it on to Rajeev.

Everything reminds him (Rajeev) of Pari

Rajeev thinks of his past traumatic experience when he tied it to his marriage with Parineet and stands up in anxiety.

Rajeev thinks that Parineet is nearby and will ring the doorbell anytime.

Meanwhile, Parineet arrives with her brother Vikram while they are stopped by Rajeev's sister Simmi.

Later, Rajeev arrives with his sister Simmi while Parineet waits for her husband eagerly.

Rajeev is stunned and unable to react while Parineet daydreams about Rajeev coming toward her and expressing his love for Pari.

Meanwhile, Rajeev is stunned to speak anything about the truth about his wedding with Parineet while Vikram asks him to confess it in front of Rajeev's sister.

© Copyright tellybest.com, 2020, 2021. All Rights Reserved. Unauthorized use and/or duplication of any material from tellybest.com without written permission is strictly prohibited.
Cached Saved on: Sunday 2nd of October 2022 05:12:28 AM