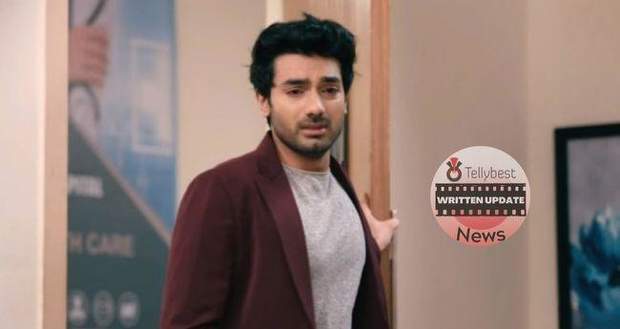 Today's Parineeti 29th August 2022 episode starts with Rajeev telling himself that he will not let Neeti go as she is his love while Pari is feeling numb.

On the other hand, Mandeep tries to win Rakesh over by announcing that she will keep quiet but Rakesh is not confirmed.

Meanwhile, in the hospital, Pari falls unconscious due to stress.

At the same time, some nurses arrive there and take her to a room to rest.

Before Rajeev can see Pari, some nurses take her away.

In the meantime, Rakesh and Shera are celebrating outside as they think Pari is in jail and Neeti has died.

Rakesh even exclaims that soon Pari will become his slave and he will torture her.

Their happiness is short-lived as the word boy informs them that Neeti has been taken to the operating room.

Meanwhile, in the hospital, the nurse consoles Pari by saying that Neeti will recover soon.

Instead of answering, Pari starts sobbing as she recalls Rajeev’s confession.

For Neeti’s sake, Pari calms herself down and goes to check on her.

While walking, Pari promises herself that Neeti is her priority now so she will not let her problems consume her.

Before she can notice Rajeev standing near Neeti’s room, Rajeev goes to the reception.

In the reception, Rajeev gets a call from Monty who informs him about Dadi’s arrival.

Hearing Monty’s voice, Rajeev breaks down in tears and informs him, about Neeti’s accident.

He even urges Monty to come to the hospital for his moral support.

Later when the nurse gives Pari Sanju’s ID, she is shocked to learn Sanju and Rajeev are the same people.

She feels as if she has shared her husband with Neeti.

Recalling Neeti’s marriage, Pari starts cursing Rajeev for using her and Neeti for his benefit.

In the meantime, outside the hospital, Rajeev starts hallucinating Neeti with him and begs her in desperation to stay with him.

He even announces that Neeti is his strength yet he cannot do anything to save her.

At the same time inside the hospital, Pari prays to God to give her Neeti back.

With tears in her eyes, Pari asks God why he is punishing an innocent soul.

© Copyright tellybest.com, 2020, 2021. All Rights Reserved. Unauthorized use and/or duplication of any material from tellybest.com without written permission is strictly prohibited.
Cached Saved on: Sunday 2nd of October 2022 01:36:19 AMCached Disp on: Wednesday 5th of October 2022 05:44:23 PM