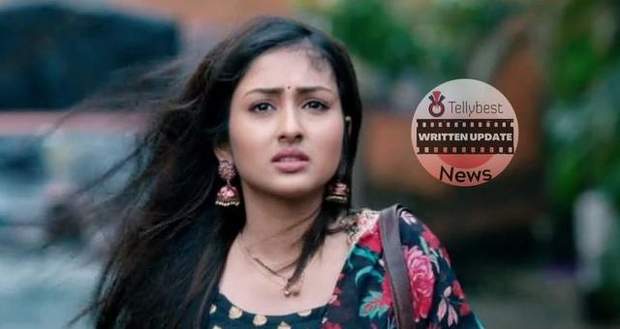 Meanwhile, the nurse tells the doctor in the operating room that Neeti’s health is deteriorating.

Hearing this, the doctor comes out and informs Rajeev of it.

She even says that if doctor Ranawat does not arrive at the right time.

On the other hand, while Pari is praying to God for Neeti, she overhears two nurses discussing Neeti’s medical condition.

Hearing this, she begs God for Neeti’s life in desperation.

She thinks to herself that Neeti is innocent and Rajeev is the one who has betrayed them both.

She then starts doing aarti aggressively.

Elsewhere in Rajeev’s home, Simmy notices Chandrika sneaking into the house and confronts her.

At first, Chandrika ignores Simmy but when Parminder asks Chandrika why she is arriving at this hour, Simmy shows Parminder Pari’s bail papers.

Unable to tolerate Pari’s insult, Chandrika informs Parminder about Neeti’s accident and Pari being in hospital.

Though Parminder calms herself down, she is waiting for Pari to come home so she can give her an earful.

Meanwhile, Ajay and his wife arrive at the hospital to support Rajeev emotionally.

In the meantime, Neeti stops breathing and the doctor declares her dead.

However, when she informs Rajeev about Neeti’s death, Rajeev breaks down in tears.

Sitting on the floor like a baby, Rajeev tells himself in a numb voice that he can’t live without Neeti.

On the other hand, while doing the aarti, Pari realizes it is raining outside and thinks there must be good news.

However, the candlelight vanishes which makes Pari worried and she starts begging God to return Neeti’s life.

While Pari is praying, Neeti opens her eyes and screams Pari’s name.

Pari stops her aarti as if she heard Neeti’s calling and runs to check on her.

Later she stops on her track when she notices Rajeev crying.

Before she comes forward, the doctor informs Rajeev that Neeti has started responding to the treatment.

Hearing this, Rajeev takes a deep breath and thanks the doctor but she quickly gives credit to someone’s prayer for Neeti’s life.

After Neeti’s successful operation, the doctor strictly orders Rajeev not to give her any stress.

While they shift Neeti to a hospital room for recovery, Rajeev stops them on track and kisses Neeti on her forehead.