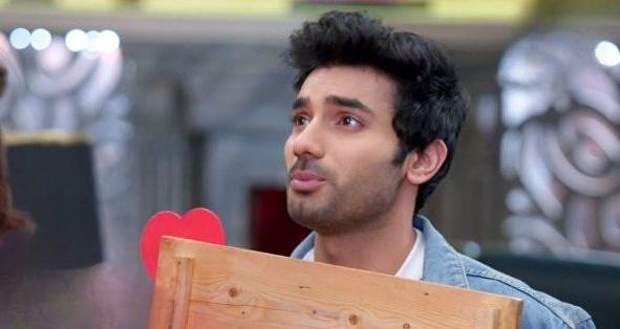 Today's Parineeti 30th May 2022 episode starts with Neeti getting annoyed with Sanju's statement as he says that if she will share him with her best friend.

Meanwhile, Parineet feels sad and gets the intuition about something negative is going to happen.

On the other hand, Gurpreet interrogates the reason behind Vikram's wounds while Mandeep says he might have been in a fight with Neeti's fiance.

Meanwhile, Gurpreet is shocked to hear the news about Neeti's fiance and the reason for not inviting anyone from the family.

Further, Vikram tries to clear their doubts but Gurpreet denies to believe.

On the other hand, Pari gets a panic attack and talks to Chandrika about something bad is going to happen or someone's house may be wrecked.

Further, Parineet calls Neeti to confirm her well-being and tries to overcome her bad thoughts.

Neeti gives Pari the good news of her marriage and seemed excited.

Meanwhile, Rajeev does sit-ups to convince Neeti and apologizes to her.

On the other hand, Vikram explains to Gurpreet the entire situation behind Neeti running away from Barnala and calms her down.

Later, Vikram also explains to Gurpreet how Neeti saved Parineet from the robbers.

On the other hand, Neeti and Sanju decide not to invite anyone to their wedding.

Meanwhile, Gurpreet informs Neeti's mother of how she has fulfilled her dreams of becoming an air hostess and getting engaged and should not worry about her.

Later, Vikram sends Neeti's contact number to her mother while her mother calls Parineet to ask about Neeti.

Parineet invites Lovely to Neeti's wedding as she is getting married in four days.

Further, Sanju gives Neeti her medicine and takes care of her which makes Neeti blush.

Meanwhile, Rajeev thinks about how Parineet takes care of him similarly as he does for Neeti.

Further, Rajeev gets worried about Pari and leaves for home.

Later, Rajeev calls Parineet in worry but she fails to pick up.

As soon as Rajeev meets Pari he scolds Pari for not picking up his call.

Meanwhile, Parineet feels loved as Rajeev cares for her but Rajeev feels awkward about his changed behavior with Pari.

© Copyright tellybest.com, 2020, 2021. All Rights Reserved. Unauthorized use and/or duplication of any material from tellybest.com without written permission is strictly prohibited.
Cached Saved on: Wednesday 29th of June 2022 11:12:35 PMCached Disp on: Saturday 2nd of July 2022 08:25:50 PM