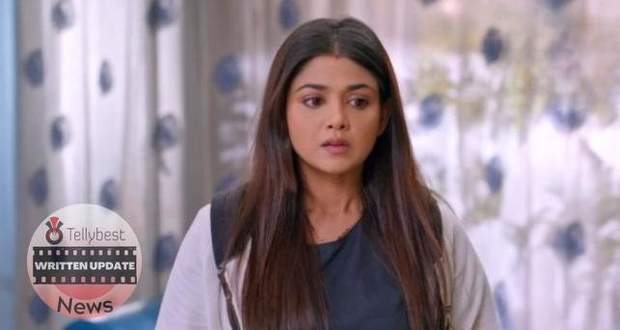 Today's Parineeti 31st October 2022 episode starts with Neeti announcing that she will teach Rajeev a lesson after she finds Pari.

Hearing this, Rajeev gets silent and tries to change the topic, and asks Neeti if she has taken her meds today.

This makes Neeti angry and she screams that Pari is her priority now so Rajeev should also think about Pari, not her.

Meanwhile, Pari lifts everyone’s confidence by urging them to fight for their self-respect.

The girls come out of the truck to fight and it creates a chaotic situation there and Pari throws a stone at the kidnapper’s head.

Before the girls can run away, Mona (The brothel owner) shoots a gunshot into the sky and orders the girls to make a line.

As soon as the girls make a line, she starts beating everyone with a stick and screams that if anyone again tries to run away then she will kill her and no one will find her body.

Afterward, she gathers every girl in the truck and orders them to sit tight.

On the other hand, a nearby neighbor arrives at Gurpreet’s home and starts bragging about her daughter’s rich in-laws’ house.

She further tells Gurpreet about her daughter’s sister-in-law staying at their place after she found her husband with a random girl.

Gurpreet listens to this with a gloomy expression and thinks that people will talk about Pari just like this when she arrives home.

Later, Neeti and Rajeev arrive in an isolated place and Neeti orders them to walk.

Rajeev urges Neeti to be careful with her baby but she again reminds him to focus on Pari only.

However, Neeti notices Pari in a truck and urges Rajeev to sit in the car.

Neeti speeds up and yells that she is taking a short cut so they will stop the car.

Scared Rajeev urges Neeti to change the car speed but she speeds up the car even faster.

After a while, Neeti stops her car in front of the truck like a hero but when the brothel people look into the car, they find it empty.

Neeti along with Rajeev throws a lot of dirt around and the brothel people are not able to see anything.

Rajeev uses the opportunity and unlocks the door.

On one hand, Neeti beats the people black and blue, on the other hand, Pari and Rajeev look at each other deep into each other eyes.

While Rajeev and Pari embrace each other, a goon is about to attack him but Pari stops them.

Later, Pari wakes up from her nightmare and Neeti calmly informs Pari that she is safe and police have taken the brothel people away.

© Copyright tellybest.com, 2022, 2023. All Rights Reserved. Unauthorized use and/or duplication of any material from tellybest.com without written permission is strictly prohibited.
Cached Saved on: Monday 21st of November 2022 04:42:19 AMCached Disp on: Friday 9th of December 2022 03:54:45 AM