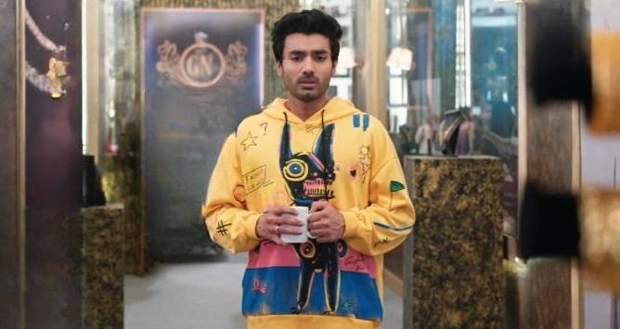 Today's Parineeti 4th June 2022 episode starts with Neeti crying in the corner feeling guilty for not inviting her mother to the wedding.

Parineet leaves the store and walks away in anger and Neeti follows her.

On the other hand, Rajeev's boss is impressed by Parineet's cooking and forgets about firing him due to arriving late.

Meanwhile, Rajeev feels relieved after finding out that Parineet's saved him.

Neeti tries to follow Pari and asks her to tell the date of Sukhwinder's arrival and thank her for being friends with her.

Later, Neeti calls Sukhwinder on Pari's suggestion but Sukhwinder fails to pick up her call.

Further, Pari and Neeti walk inside the jewelry store.

On the other hand, Simmi and Chandrika quarrel as Chandrika defends Parineet for going out to meet her friend.

Simmi thinks of controlling Parineet and thinks of talking about her outing to Parminder.

Sukhwinder calls back Neeti and scolds her out of love and asks her the reason for lying to her without any reason.

Neeti invites Sukhwinder to her wedding while Sukhwinder says that she wants her daughter's wedding with complete rituals.

Further, Sukhwinder feels proud of Neeti's achievements and informs her about her arrival.

Neeti thanks Pari for pushing her to call her mother and feels light after talking to Sukhwinder.

Meanwhile, Monty is thinking of Rajeev's problem while Rajeev boasts about how he has stopped thinking about Parineeti.

On the other hand, Rajeev's boss insists on calling his wife but Rajeev is tensed about overthinking again about Parineet.

Neeti asks Parineet to look at her hands if she has cold hands and talks about how nervous she is.

Later, Neeti explains her reason behind the nervousness as Sukhwinder wants a wedding with all the rituals.

Further, Neeti talks about hiring a cultural consultant while Parineet says she can help her out.

Parineet's knowledge of Punjabi culture which gives Neeti the idea that she can become a cultural consultant.

Neeti gets excited about the Parineet's idea to do a job that reminds Pari of Jaswant.

© Copyright tellybest.com, 2020, 2021. All Rights Reserved. Unauthorized use and/or duplication of any material from tellybest.com without written permission is strictly prohibited.
Cached Saved on: Sunday 2nd of October 2022 03:00:56 AMCached Disp on: Friday 7th of October 2022 10:23:02 PM