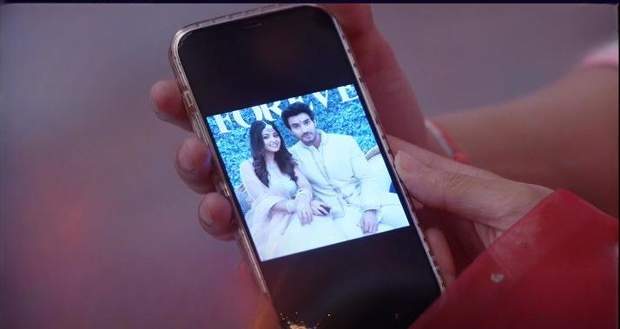 Today's Parineeti 5th July 2022 episode starts with Shreya and Ajay thinking of the idea to show Parineet their IDs and Sanju's picture with Neeti to prove to her that Ajay is not Sanju.

On the other hand, Sanju arrives with Monty at his wedding location to find Mishika and plans on changing their appearance.

Further, Mishika hides in the store room and escapes from the kidnappers.

Meanwhile, Sanju's other friend saves Ajay and Shreya and explains to Parineet that there is nothing like that.

Later, Parineet gets emotional and hugs Neeti for scolding Sanju and Shreya.

Further, the psychic lady arrives and warns Neeti and Parineet that they will be betrayed and something bad is going to happen.

As the lady leaves Neeti thinks that Sanju might be married but Parineet tries to calm her down.

Sukhwinder scolds Neeti for roaming around and guards evil eyes off Neeti.

Later, Neeti leaves for the puja while Sukhwinder breaks down and starts to cry in front of Pari.

Sukhwinder explains that she requested Sanju to marry Neeti as she cannot live without Sanju.

Parineet tries to calm Sukhwinder but Sukhwinder says that the evil eye is real.

Further, Sanju and Monty recognize the kidnapper and follow him.

Sanju and Monty find the kidnapper and threaten to kill him if he doesn't inform them about Mishika.

The kidnapper refuses to recognize Mishika while Sanju removes his beard.

Sanju says he will not tell them the truth easily and they need to beat him more.