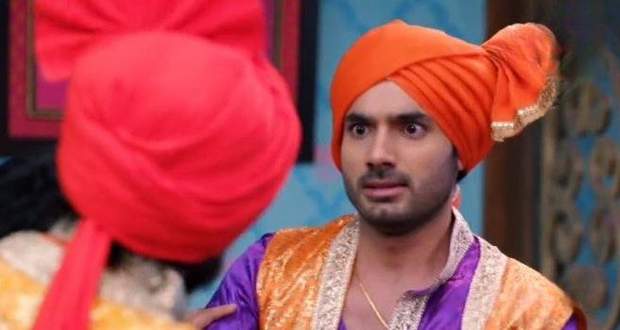 Today's Parineeti 7th July 2022 episode starts with Rajeev calling Neeti and asking her to keep Mishika safe with her.

Neeti informs Sanju that a lady named Soni took her along which worries Sanju and he starts to throw the stuff around him.

Monty asks what's wrong while Sanju explains how he failed to save Mishika and even failed to be with Neeti on her big day.

Sanju feels guilty for breaking everyone's trust including Parineet, Neeti, and Mishika, and lies to everyone feeling emotional.

Further, Monty tries to calm Sanju down and get him ready to find Mishika.

On the other hand, Neeti sits in the Mandap with Ajay while Sukhwinder worries for Neeti.

Shreya gets worried as Ajay sits with Neeti and is scared that he might get married to Neeti.

Further, Balwinder drinks heavily and wishes to take Mishika away from him while Mishika overhears Balwinder.

The suspicious lady again takes Mishika with her while Sanju bumps into Parineet.

Parineet asks what he is doing here in the dancer's costume.

However, Monty covers up for Rajeev by saying that he will be performing for Parineet.

Vikram informs Simmi that he was made unconscious by the kidnappers.

Further, Vikram shares with Simmi that Rajeev is hiding something from them.

Later, Parineet informs Rajeev that Mishika is safe with her father.

Meanwhile, Shreya talks about informing the police if Sanju is facing a problem and cannot let Ajay marry Neeti.

However, Parineet overhears Shreya and is shocked.

© Copyright tellybest.com, 2022, 2023. All Rights Reserved. Unauthorized use and/or duplication of any material from tellybest.com without written permission is strictly prohibited.
Cached Saved on: Friday 27th of January 2023 09:49:01 AMCached Disp on: Thursday 9th of February 2023 08:46:14 AM