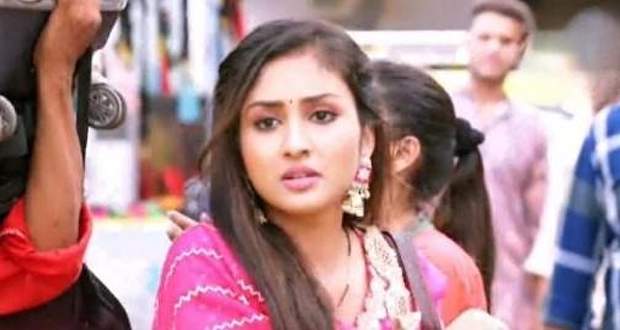 Today's Parineeti 7th June 2022 episode starts with Neeti calling Sanju but he fails to pick up while Neeti asks Pari to pick Sukhwinder up from the bus stand.

Further, Parineet informs Neeti to make her visiting cards as Rajeev has given her permission to work.

Meanwhile, Sanju agrees to pick Sukhwinder as well and leaves for the Bus stand.

Later, Parineet gets permission from Parminder to pick up Sukhwinder while Simmi feels jealous and suggests being strict.

Sanju arrives at the bus stand while Parineet reaches to receive Sukhwinder as well.

Further, Neeti sends a picture of Sanju to Sukhwinder and both greet each other.

On the other hand, Parineet is also noticed by Sukhwinder but is far away.

Meanwhile, a thief snatches Sukhwinder's purse while Rajeev follows him.

Further, Parineet meets Sukhwinder and stops her from chasing the thief as Sanju has gone to catch the thief already.

Parineet takes Sukhwinder with her to the Bajwa mansion while Rajeev catches the thief and beats him badly.

On the other hand, the police take Sanju with them and are unable to meet Sukhwinder and Parineet.

Later, Parineet informs Neeti about taking Sukhwinder with her for the puja at the Bajwa mansion.

Parminder orders to call Rajeev while Chandrika is worried as Rajeev has left the house without telling anyone.

Sanju gets the stolen purse from the thief and gets a taxi.

Later, Neeti calls Sanju informing him about Sukhwinder's visit to her friend's house and that he need not worry about her.

Meanwhile, Parineet calls Rajeev and explains to him how his Choti maa has arrived at their house and wants to see her son-in-law.