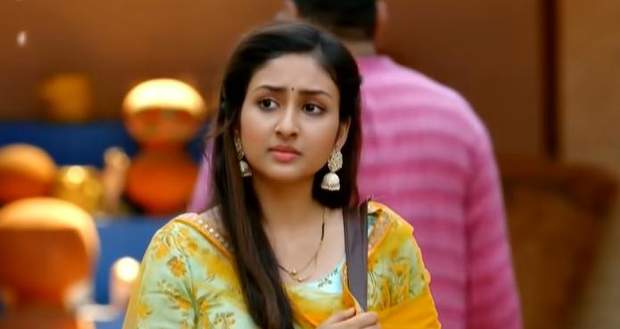 Meanwhile, Neeti feels lucky to have Sanju in her life and thinks of the vows he gave her.

Not able to pick up Neeti's call in front of Parineet, Sanju thinks of calling her back as soon as possible.

After reaching home, Parineet questions Rajeev about the reason behind leaving her in the mall all alone.

Rajeev gets furious with Pari and starts to scold her telling her the responsibility he took needed to be fulfilled on time.

Shocked by Rajeev's sudden anger toward her, Pari asks the reason behind it while Rajeev corrects himself.

Meanwhile, Vikram reaches the Kakkar house while Gurpreet asks him about Parineet and Neeti.

With tears in his eyes, Vikram thinks of Neeti's engagement and her confession about Sanju.

Meanwhile, Neeti gets worried about Sanju declining her calls while Sanju lies to Neeti blaming it on his boss and the urgent meeting.

Later, Rajeev waits to get to Neeti's after-party and ditch Parineet.

Spoiling Rajeev's plan, Chandrika arrives in their room and informs them about Parminder's guests.

Parineet and Rajeev get ready to meet Parminder's guests while Rajeev is annoyed as he will be late for the party.

Later, Parineet apologizes to Rajeev and asks if she can do anything to get his forgiveness.

Directing his anger on Parineet for not meeting Neeti and getting late for the after-party, Rajeev speaks rudely and tells Parineet to switch off the light.

Parineet switches off the light and thinks of getting an apology from Rajeev.