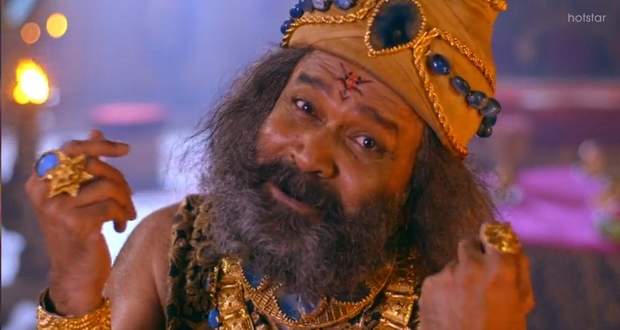 Today's RadhaKrishna 10 Aug episode starts with an emotional meeting of Bhishma and Krishna as both of them are filled with joy after meeting for the very first time. Krishna advises Bhishma to ensure the safety of Pandavas.

Elsewhere, Karan questions Duryodhan for telling a lie to Bhishma, while Shakuni tries to provoke Duryodhan against Karan.

Duryodhan blackmails Karan that if he goes, to tell the truth to Bhishma then he will give this kingdom to Pandavas. He tells him that he will commit suicide after that as he will not become the king of Hastinapur.

Shakuni orchestrates a devious ploy and tells Duryodhan that the best thing is if their army kills Pandavas.

Meanwhile, Duryodhan’s army arrives there to kill Pandavas, whereas Krishna asks Pandavas to not to panic. Pandavas question Krishna for not letting them attack while Draupadi tells Krishna that she trusts him.

Meanwhile, Vidur reaches Pandavas' place and orders the army on behalf of Bhishma to stop the attack.

Upcoming Radha Krishn episode update: Duryodhan manages to convince Dhritrashtra to give him the throne of Hastinapur.