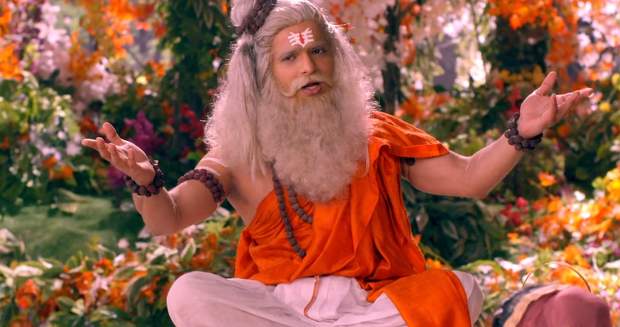 Today's RadhaKrishna 19 Oct episode starts with Balram learning he has to disguise as a Balbaba. Radha tells him to leave fast while Ayan is upset with Radha being missing from the house.

Jatila talks about some Baba being in Barsana who can help them. Meanwhile, Radha and Krishna are deeply immersed in their love for each other.

Radha breaks the pot and wants to live the life of Krishna. Krishna says he will make it happen and he will also live Radha’s life.

Balram is disguised as a Baba and Jatila arrives to ask for her son’s future. Balram wants Ayan to take blessings properly to know the future.

Balram tells him to stop his evil deeds to make his future bright. Later, Krishna arrives and wants him to call for a court of people.

Ayan is sure that the Baba was not real while Jatila is sure Radha is playing games. At the same time, Kans is angry at his commander who wants him to stop attacking Krishna.

Ugrapat wonders why Krishna has asked for court while Krishna says he wants to keep a fast and keep a Pooja of Satyanarayan.

Krishna thinks his time with Radha is going to end while challenges Radha for doing Pooja with him. Later, Krishna tells Balram has to leave Barsana and has to make everyone pure before leaving.