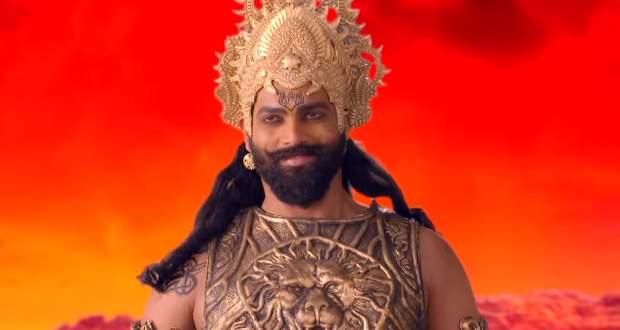 Today's RadhaKrishna 4 Jan episode starts with Shishupal mocking Rukmini about their wedding. Rukmini is clearly not happy with her marriage while Balram is unhappy with Krishna making him do all the work.

Jarasandh is angry at Shishupal for having such a proud nature. Shishupal insults Rukmi and Jarasandh and talks ill against them. Jarasandh wants to concentrate on attacking Krishna and order Shishupal to attack his Shastra.

He decides to attack his Astras while Kalyavan is supposed to attack Krishna’s Maya. The whole earth trembles with his name while Krishna reveals Kalyavan’s story.

He says that Kalyavan did meditation for a long period of time to impress Lord Brahma in giving her a boon of immortality. Brahma gave him the boon but Kalyavan needs to beat Krishna to become the largest fighter.

Jarasandh declares Kalyavan can defeat Krishna but he will end him. Meanwhile, Ayan gives the news of Jarasandh attacking Krishna along with Shishupal and Kalyavan.

Radha is not worried about Krishna and eats all the salty sweets. At the same time, Balram is unhappy with Krishna while Krishna wants to lead the war.

Krishna wants everyone to follow his lead and do as he says to everyone.

Upcoming Radha Krishn episode update: Krishna decides to run away from the battle.