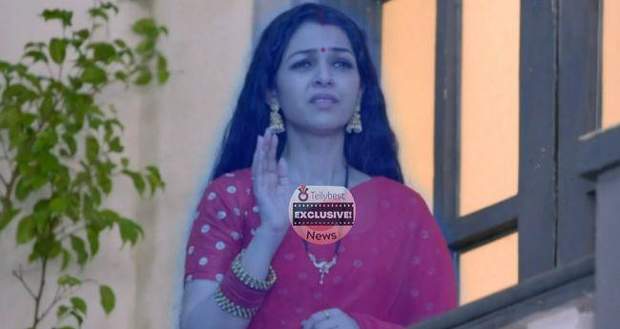 Today's Radha Mohan 17th August 2022 episode starts with Gungun telling Radha that her hand is slipping while Mohan tells her to hold tight.

After a while, Gungun hands slipped but she catches the rope with her other hand.

Everyone praises Gungun and cheers her to hold the rope tightly.

However, Gungun hands slipped and she could not hold anymore and falls again losing consciousness.

Everyone is shocked at the loss of hope.

Mohan questions the captain for giving him false hope.

Mohan calls Gungun but she is unconscious. Tulsi also tries to reach her but couldn’t wake her up.

The media people report it as the rescue team’s incompetence which allowed Gungun to fall again.

Meanwhile, Radha gets worried about Gungun being quiet and still and asks the doctor to explain.

Neither the captain nor the doctor has any answers.

Everyone loses heart, thinking of Gungun’s end while Tulsi calls Gungun to wake up.

Just then Radha remembers Tulsi’s lullaby and sings it for Gungun.

Mohan is astonished to hear Tulsi’s lullaby by Radha.

After a while, Gungun completes the lullaby as Radha cries thinking the worst.

A wave of happiness engulfs the people hearing Gungun’s voice.

Tulsi praises Gungun for being brave and assures her that nothing will happen to her.

At the same time, Hriday and Lata both get worried about seeing Gungun alive once again.

However, Damini and Kaveri are shocked when Hriday slaps them back and tells them about his criminal record.

He also tells them that he is here to get Radha who is in high demand in the market and to hide from the police.

Meanwhile, Mohan tells the captain to rescue Gungun by any means.

In the meantime, Lata tells Damini that she has unknowingly brought a danger to her house.

Meanwhile, Hriday tells Damini to go and pretend to be sad as Gungun is about to die.

He also warns them that if they dare to tell anyone about it then he will expose them and then kill them.

After a while, the doctor tells them that Gungun’s breathing has fractured and she is feeling a lack of oxygen.

He also tells the rescue team to send the oxygen pipe down so that Gungun can breathe properly and they get time to save her.

© Copyright tellybest.com, 2020, 2021. All Rights Reserved. Unauthorized use and/or duplication of any material from tellybest.com without written permission is strictly prohibited.
Cached Saved on: Saturday 1st of October 2022 12:11:26 AM