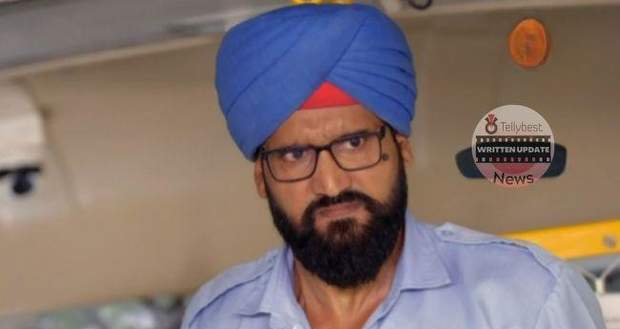 Meanwhile, Pratap is standing in front of the bus with a bomb in the bag.

He lies to Radha that the sound happened because of a tire bursting while Ketki gets suspicious of him.

Later, Radha walks behind the bus and sees a lady talking on the phone while picking up the branches.

At the same time, Pratap goes beneath the bus and plants the bomb as the bomb is already activated.

Meanwhile, Radha walks to the woman and requests to lend her phone to call Mohan but the lady refuses.

Radha gives her wristwatch and calls Mohan but Ajeet cuts the call.

However, Mohan tells him to call the number again but the lady snatches the phone from Radha.

At the same time, Pratap sees Radha talking to a lady and walks towards her while the phone rings again.

Radha gives her earrings to the lady and picks up the call and informs Mohan that the peon is her kidnapper.

She informs him that he has thrown everyone’s phone from the bus and tells Mohan the bus location.

At the same time, Radha turns and sees Pratap standing in front of her with a knife in hand.

Pratap swings the knife toward Radha and she screams while Mohan gets scared.

The man puts the knife on the lady and accuses her of stealing Radha’s jewellery.

However, Radha denies the accusation and they go back to the bus while the lady runs away.

On the bus, Pratap tells everyone to cover the remaining journey without him as he has some important work to do.

Radha gets suspicious of Pratap and the bus driver drives away while the bomb is ticking.

Later, Pratap informs Damini that the bomb is planted and no one can save Radha.

On the other hand, Mohan tells Ajeet that he will kill the guy who is behind Radha.

Ajeet gets a call from Kadambari and he tells her the whole story about Radha, Gungun, Ketki and the children being in danger.

Devastated Kadambari falls on the sofa crying while Kaveri smirks at the events turning in her favour.

On the bus, Ketki tells Radha that she heard a tik-tik voice from the peon's bag and Radha realizes that something is suspicious.

She drops the earrings and the watch while Mohan asks her where Radha is.

The scared lady sees Pratap hiding behind a tree while Pratap activates his voice note on the bus.

In the bus, Pratap's voice declares that there's a bomb beneath the bus and it will explode if the bus stops.

© Copyright tellybest.com, 2022, 2023. All Rights Reserved. Unauthorized use and/or duplication of any material from tellybest.com without written permission is strictly prohibited.
Cached Saved on: Monday 21st of November 2022 06:10:28 AMCached Disp on: Thursday 1st of December 2022 01:16:15 PM