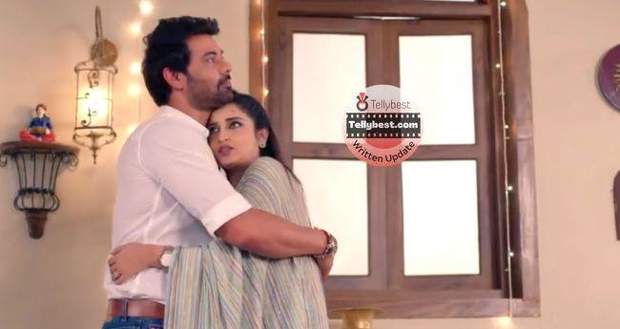 Today's Radha Mohan 3rd January 2023 episode starts with Damini telling Kadambari that she is not the bride anymore and she will not marry Mohan now.

Kadambari looks puzzled to hear Damini’s refusal while Damini tells that according to Mohan she is the enemy of the house.

He had tried to trick her using Ketki’s help who impersonated herself as Hriday’s wife and asked her to bring money.

Saying she has had enough Damini begins to leave when Mohan stops Damini from leaving and questions her about the medicine that the doctor has given Radha.

Damini tells Mohan to check with the hospital if he has some suspicion about the doctor instead of accusing her of something so degrading.

Just then the same doctor comes there and apologises to Mohan for giving the wrong medicine to Radha without proper examination.

He requests to not complain against him to the police as his daughter's life will get ruined.

Damini immediately tells the doctor that they will not complain against him.

Mohan questions her for letting him go as Radha’s life might get ruined because of her.

Damini gets irritated at Mohan’s constantly taking Radha’s name and tells him that she is fed up with his Radha Puran and will not marry him now.

Kadambari tries to stop Damini saying that everyone cares for her and she should not go away from there and hugs her saying that she will make Mohan marry her.

However, Damini once again repeats her threat about dying so Mohan and her whole family will suffer afterwards.

Later, Radha tries to explain everything to Kadambari but she stops her saying that she is the root of all the problems and that everything begins and ends with her.

Afterwards, she asks everyone how did Radha escape when Mohan tied her.

Just then, Damini spots Kaveri lying on the floor and begins to shout.

Kaveri tells everyone that Radha has injured her while she tried to stop Radha from leaving.

Mohan begins to call the doctor but Damini gets worried about being exposed and tells Mohan to not bother with surface formalities when no one really cares for her and her mother in this house.

Ketki sees through Damini and Kaveri’s drama while Kaveri intensifies her acting by shouting in a panic about being beaten by Radha.

Damini tells Kaveri that she is responsible for all her pain as she has suffered through so much pain because of her and tells her that they will not live here any longer.

She jerks Mohan’s hand away telling him to stay away from her mother.

After a while, Radha stops Mohan from stopping Damini from going saying Damini is the problem whose leaving will be beneficial for the family.

However, Kadambari stops Radha and tells her that only she knows what is best for her son and granddaughter.

She gives Mohan court papers and tells him to check for himself.

Mohan is stunned to see the court hearing date in three days' time.

Afterwards, Kadamabri tells him that if this marriage did not happen today then he will lose his daughter forever.

Radha once again stops Mohan from stopping Damini but Mohan tells her that now it is a matter of her daughter.

Damini sarcastically asks him if his reason for marrying her was Gungun only.

Gungun interrupts Damini and tells her that that is exactly why Mohan was marrying her and now he will not have to do it as she is leaving.

Mohan quietens Gungun, Ketki and Radha from speaking against Damini and tells them none of them is able to find any proof against Damini which means Damini is not guilty.

© Copyright tellybest.com, 2022, 2023. All Rights Reserved. Unauthorized use and/or duplication of any material from tellybest.com without written permission is strictly prohibited.
Cached Saved on: Wednesday 25th of January 2023 12:48:28 PMCached Disp on: Wednesday 1st of February 2023 06:25:41 PM