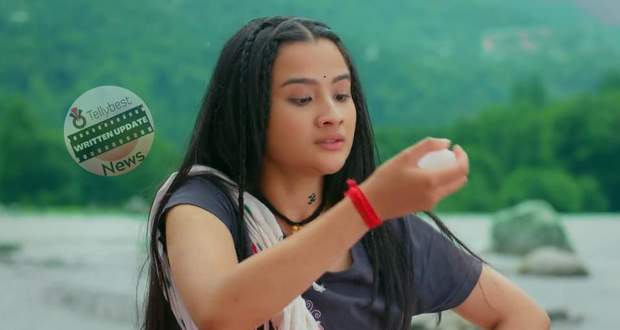 Today's Rajjo 23rd August 2022 episode starts with the engineers talking in a panic seeing the dam filled to the brim and informing their seniors about the dire situation.

Meanwhile, Arjun and his associates organise a race in Neeltaal while the Sarpanch requests Khan Babu to wait for some time.

Arjun refuses to let anyone participate after 5 P.M. as he is a disciplined man.

Meanwhile, Jamuna is assured by her friends that she is going to win the race as Rajjo is not participating.

Rajjo crashes into Khan Babu and requests him to let her participate but he doesn’t budge.

He starts the race without listening to Rajjo’s nonsense as he needs to go back to his mother.

Hearing the whistle, Rajjo runs into the race despite Arjun's permission and overtakes three girls.

Meanwhile, Jamuna’s friend binds a wire around the obstacle to make Rajjo fall.

Rajjo overtakes Jamuna and makes a high jump to save herself from the wire and wins the race.

On the other hand, Madhu (Arjun’s Mother) is crying in worry while Arjun’s father is confronted by his elder son Chirag’s wife of Madhu never caring for Chirag like Arjun.

Meanwhile, Rajjo dances from the happiness of finally getting a pair of shoes for her mother.

Manorama enters the fair and sees Rajjo winning a race.

Sarpanch calls Arjun to give a medal to Rajjo but she walks past him as her eyes are focused on the box of shoes.

Arjun holds the medal, shocked at Rajjo's action of holding the shoes as her life depends on them.

Manorama screams Rajjo's name furiously and takes her from the fair.

Meanwhile, the water has reached above the danger and the engineers order to blare the sirens.

Manorama beats Rajjo black and blue while Rajjo puts the shoes on her mother's wounded feet.

Seeing the shoes Manorama cries and apologises to Rajjo for beating her.

Rajjo tells about her future plans of giving Manorama a luxurious life and requests her mother to let her become an athlete.

Manorama recalls her dark past and tells Rajjo about her plans of marrying Rajjo so she doesn’t destroy her life in sports.

Manorama gives Rs 10 to Rajjo and orders her to reach home straight after buying something for herself.

Meanwhile, Madhu calls Arjun through Pushkar's phone and tells him to come home as soon as possible.

Suddenly the sirens start to blare, informing everyone to reach a high altitude to save themselves.

Both Arjun and Rajjo help people to disperse from the city.

The dam breaks releasing thousands of gallons of water.