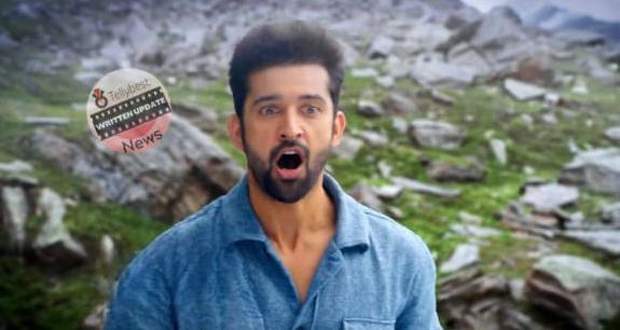 Today's Rajjo 26th August 2022 episode starts with Arjun being annoyed with Rajjo while he overhears some kids talking about how Rajjo saved them.

Arjun feels guilty as he recalls how harshly he berated her when Rajjo passes from there worrying about her mother.

Before Arjun can go after her, a man comes there and tells Arjun to use the cell phone as the service is working now.

Arjun gets happy and takes the phone to call his mother who crying thinking about Arjun's safety.

However, as she picks up the phone and gets to hear Arjun's voice, calmness washes over her with Arjun telling her that he's coming home soon.

Madhu tells Kalindi and Jhilmil to not come into the kitchen as she will make Arjun's favorite food and tells the family to prepare for Arjun and Urvashi's engagement.

Back in Neeltaal, Chachaji comes to Arjun and asks him if Rajjo came to him to get help in finding her mother as she went missing after the flood.

Arjun gets worried and tells Chachaji to give him the name of Rajjo's mother and any picture to recognize her.

At the same time, Rajjo worries wondering how she will reach Lucknow to find her mother when she overhears people putting things into the white truck that is going to Lucknow.

As the truck starts moving, Rajjo uses her athletic skills and runs to get into the truck.

The next day, Rajjo's mother is seen floating on the shores of a riverbed while Rajjo gets fascinated seeing Lucknow city.

Later, some people do Rajjo's mother's treatment at the Aashram while Manorama wakes up and asks about Rajjo.

Learning that she's in Khan babu's truck, Rajjo hides under the truck as Arjun is greeted by his whole family with full-on drama.

Afterward, Rajjo gets attacked by a ferocious Rottweiler and she climbs the windowpane to get to safety.

Back at the Aashram, Rajjo's mother gets emotional seeing the shoes Rajjo won for her and decides to run again to find her daughter.

On the other hand, the Thakur family gets emotional as Arjun gives Madhu a rolling pin and tells her to hit him as a punishment.

Madhu tells everyone to start the preparations for the engagement as they will not delay it.

Elsewhere, Rajjo climbs over the balcony of Arjun's room when her Damru falls and slides inside the room.

Inside the room, Arjun comes out of the shower with only a towel around his waist and looks at the scar while thinking that he will make everything right before moving to London.

Rajjo rushes inside with full speed to get her Damru and slips on the skateboard while Arjun enters the room.

However, the light goes off at the same time saving Rajjo from being caught.