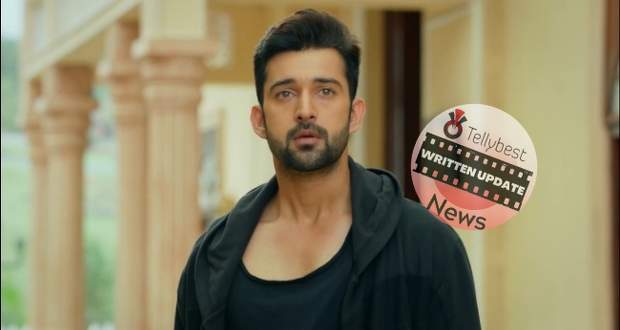 Today's Rajjo 2nd September 2022 episode starts with the commotion growing as the operator taunts the people at the counter.

However, Arjun shouts at the operator to do the work he is supposed to be doing and help people who have come to him for help.

The operator gets scared of Arjun's sudden shouts and gives the list to them to look for Manorama's name on the list.

Rajjo cries as she can't find her mother's name on the list, and she starts having a breakdown.

Arjun calms her and tells her that they will go to other rescue centers and won't stop until they find Manorama.

At the same time, Manorama reaches the rescue center and is told to write her name into the list so that Rajjo can look for her easily.

The mother-daughter duo still do not see or meet each other and leave.

Later, Arjun parks outside his home and is warning Rajjo to not get out of the car while he goes and brings his wallet from the room.

Karthik notices Arjun talking to someone and gets held up by a neighbor while Aryan gets questioned by Madhu at home.

Aryan says that his watch was lost so he lost it and went to get it after which he rushes to his room.

Meanwhile, Karthik sees that the car is empty and thinks that Arjun was just talking to himself.

Back inside the house, Arjun sees that Rajjo is in his room and shuts the door immediately which makes Madhu worry.

However, her daughter takes her away saying that Arjun will come out after getting ready.

After they leave, Arjun scolds Rajjo for climbing the balcony as she tells him about Karthik being there and looking into his car.

Rajjo and Arjun get into an argument and he orders her to not climb the balconies anymore.

Later, Arjun comes downstairs for breakfast while Rajjo sits on the stairs away from him and the family.

Manish comes there and starts telling that he wants to join the family business.

Arjun shocks him by saying that he had already asked him to join the family business a few months ago but never got an answer.

Just then, Karthik comes there and asks Arjun about the car being unlocked.

On the other hand, Arjun starts creating drama to keep the family's attention on him while signaling Rajjo to hide.

However, as Rajjo is running away, she drops a very beautiful vase but a glass-eyed man saves it from falling.