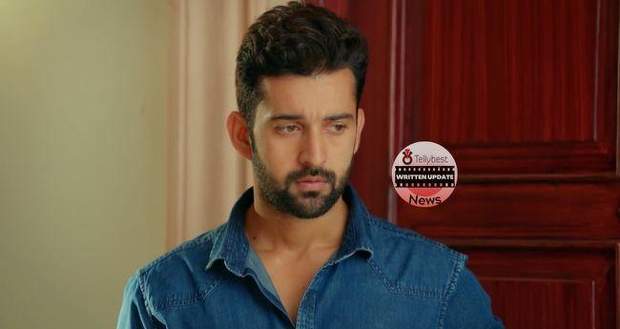 Today's Rajjo 8th September 2022 episode starts with Rajjo entering the room and looking around for her mother.

However, Manorama is not in the room and Rajjo cries out in disappointment.

Back at the Thakur mansion, Madhu looks through Arjun's room and finds Rajjo's hair on the pillow which makes her suspicious.

Arjun comforts Rajjo and takes her from there while Manorama is seen on the road walking and looking for Rajjo.

Back at the Thakur mansion, Madhu sees smoke coming out of the bathroom and goes to see.

However, she sees a black shadow holding a candle and Madhu runs downstairs and tells the family about it.

The family tells Madhu to not be dumb and Madhu shows the strand of hair and says that she is sure a deity has followed Arjun back home from Neeltal.

Later, Arjun and Rajjo return home and get confused to see smoke coming out of Arjun's room.

Arjun goes inside to see and a hand pulls him into the bathtub revealing Urvashi there.

At the same time, Madhu is on her way home with a Jantar Mantar Baba.

Arjun hopes that Rajjo doesn't come inside but Madhu and the family come while Urvashi ducks under the water while holding her breath.

Elsewhere, Pushkar has come to the Thakur mansion where he falls and starts having an asthma attack in one of the guest rooms unknown to the family.

Back in Arjun's room, Arjun tells Urvashi to change into dry clothes while she asks him not to be a gentleman on their honeymoon.

Later, Rajjo opens the door to the closet and throws a towel at Arjun while telling him about Jantar Mantar Baba.

Meanwhile, downstairs, Jantar Mantar Baba sees the wet footsteps of Urvashi and says that they are of the deity.

On the other hand, Arjun asks Rajjo for the medal telling her that he knows someone who could help them.