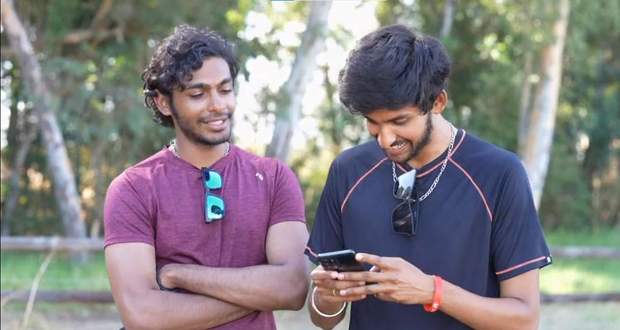 However, Sohil stays firm on his decision about wanting immunity and Arushi lets him having with the statement that they are bad captains.

Moose Jattana also announces that she doesn't want to give up her immunity which leads to them having conflicts.

Later, Sonu Sood greets the contestants at the vote-out and learns about the immunity conflict.

Moose and Baseer get into an argument while Soundous Moufakir says that no one wants to pair up with Moose due to her attitude which isn't liked by the roadies.

At last, Sonu informs Team A to give their answers immediately, or else the rewards will be given to Team B.

The vote-out starts and Sonu reveals the names and initially four votes are of only Aarushi Dutta-Jashwanth Bopanna.

Sakshi Singh-Arushi gets seven votes, leading them to be teary-eyed while one vote gets added to Aarushi-Jash.

The last three votes are also named after Sakshi-Arushi revealing that they are eliminated.

Sakshi gets emotional and tells Aashish Bhatia that she didn't expect it from him while he gives an excuse that it was for her mental health.

Sonu asks Aashish if he thinks what he did was correct in his sense which silences everyone.

Arushi confronts Yukti Arora, but Yukti just looks down, saying she had no reason and just did as planned.

Kevin reveals that he is shocked to learn that Moose voted for Arushi-Sakshi while she reasons that she did it for her game.

Lastly, Arushi asks Yukti for a hug and bids goodbye as she leaves with Sakshi.

© Copyright tellybest.com, 2022, 2023. All Rights Reserved. Unauthorized use and/or duplication of any material from tellybest.com without written permission is strictly prohibited.
Cached Saved on: Thursday 26th of January 2023 08:00:03 AMCached Disp on: Thursday 9th of February 2023 05:56:39 AM