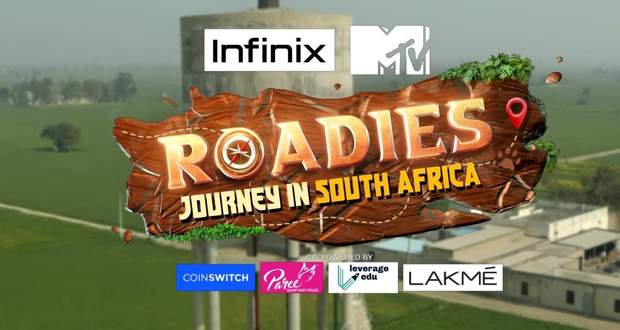 Today's Roadies 18 15th April 2022 episode starts with Sonu Sood greeting the roadies and reminding them one of the nominated buddy pairs will be leaving the show.

Further, Sonu informs the nominated buddy pairs, Sapna Malik-Angad Bawa and Sidharth Manoj-Kavya Khurana about their task namely Infinix 05G Walk The Zipline task, and tells them that they will have to make a team with the other members.

Sonu gives the nominated pairs a task of crossing a certain distance with planks attached to their feet together to choose their members first and Sapna-Angad wins the task.

Sonu explains the task in which the teams will have to collect their buddy pairs at 4 different checkpoints in the zipline and that each checkpoint will win them 1500 Roadiums.

Team A completes the first three checkpoints very easily but is unable to complete the fourth checkpoint and leave towards the end while Team B completes all the checkpoints.

In the end, Sonu recounts which completed which checkpoint first and gives them Roadiums with the result making Kavya-Sidharth winners.

Sonu calls Sapna-Angad towards the front while Kevin gets emotional seeing his best friend Sapna leave early into the show.

Sapna tells Kavya that she doesn't like her as a person and doesn't want to lose to her after which Sapna-Angad exit the show.

However, Kevin ridicules Kavya for being a hypocrite when Sonu stops them and surprises them with the news that they will be sleeping in a hotel room that night.