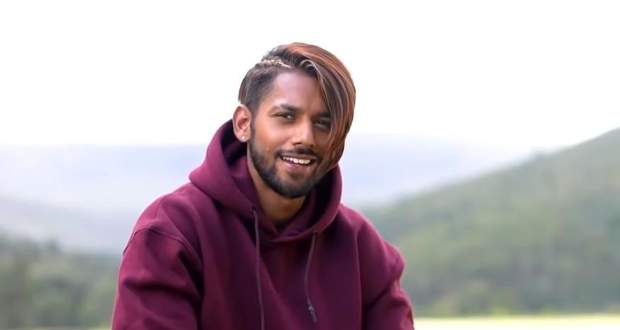 Today's Roadies 18 15th May 2022 episode starts with clips of arguments between Baseer Ali and Kevin Almasifar that have been there till the start of the season showing.

A walk down the memory lane

The narrator recalls the start of the season and how the roadies were divided into two groups with Kevin and Baseer as captains.

Further, the narrator states how the rivalry between Kevin and Baseer grew by eliminating their friend roadies.

Even then, Baseer tried to again become friends but got betrayed by Kevin leading to a lack of trust between each other.

However, as the game progressed, Kevin learned that his own team is not prioritizing him and Kevin teamed up with Baseer out of insecurity.

Afterward, just before elimination, Arsh Wahi created confusion that Yukti wanted to eliminate Aarushi Chawla and Kevin argues with her about it.

Baseer enjoys the chaos but saves Kevin when he gets eliminated.

In the next elimination, Kevin's suspicions are proved correct by Yukti voting against Arushi leading to her elimination.

Kevin reveals his feelings for Arushi

Kevin reveals that he has romantic feelings for Aarushi and would wish to replace his position with her but is devastated as Sonu Sood informs him that it is not possible.

The narrator says that Kevin became alone but got a surprise in the form of the return of eliminated roadies during the last immunity task.

However, a huge argument again ensues between Baseer and Kevin as Kevin chose to save Sapna Malik and Angad Bawa instead of Gaurav Alugh and Moose Jattana.

Blooming love between Baseer and Soundous

In the present, Moose asks Baseer what is happening between him and Soundous Moufakir while a clip shows Soun telling Aarushi Dutta that she like Baseer and wants to pursue a relationship.

The narrator ends the episode by saying that as the finale comes closer, the viewers will get to see a lot more drama happening and bid goodbye.

To get to know more, download Roadies Season 2022 all episodes or watch MTV Roadies 19 online today's (15 May 2022) latest full episode, go to voot.com

© Copyright tellybest.com, 2020, 2021. All Rights Reserved. Unauthorized use and/or duplication of any material from tellybest.com without written permission is strictly prohibited.
Cached Saved on: Sunday 2nd of October 2022 06:23:27 AM