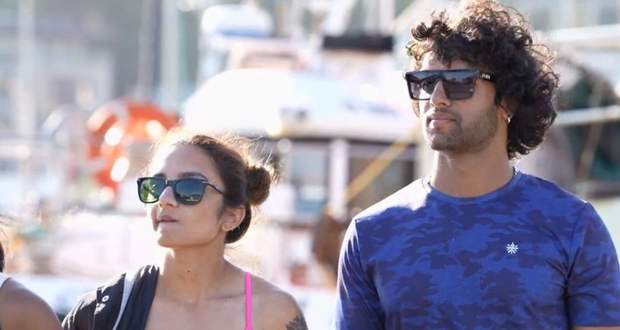 Today's Roadies 18 18th June 2022 episode starts with Kevin Almasifar feeling upset that everyone planned against Aarushi Chawla and thinks of getting revenge.

At the same time, Yukti Arora is furious that Gaurav Alugh was planning to vote out Sohil Jhuti and Siddharth Manoj and confronts him.

Gaurav learns that it was Arushi Dutta who switched on him and removes her from his team.

The next day, Simi Talsania cries and is furious at Gaurav for even planning to vote out Sohil.

Yukti and Sid try to comfort her while wondering whom she can trust or not.

Yukti pairs up with Kevin

Further, Yukti goes to Kevin and apologizes to him while Kevin thinks that he can use her to his own benefit.

They form an alliance and plan to kick out Aashish Bhatia as he is the reason behind Sakshi Sharma's departure.

Meanwhile, Gaurav tries to do damage control and talks to Simi but fails as their conversation doesn't end well.

Later, all the contestants reach the next task location and get scared seeing fishes while Sonu Sood greets them.

Sonu informs them about the new immunity task and tells them that they have to bid on the boxes of fish and then segregate them.

Sonu informs them that time is of value and that one buddy pair will do the bidding while the other will segregate the fish at the second location.

Afterward, Sonu surprises them by giving 500 roadiums to everyone.

Kevin's game plan is to make others spend their money and Siddharth buys the third pack first for 1000 roadiums.

Lastly, Kevin buys the first box for 100 roadiums and leaves for the second location.

Round two of Immunity task

The second round starts and Soundous Moufakir starts wrapping the fishes separately which makes her lose time.

The task ends with Arsh Wahi-Yukti completing it last.

Afterward, the roadies reach their campsite and Baseer vents to his friends that he's upset with Soun.

At the same time, Soun also complaints about Baseer to Kevin.