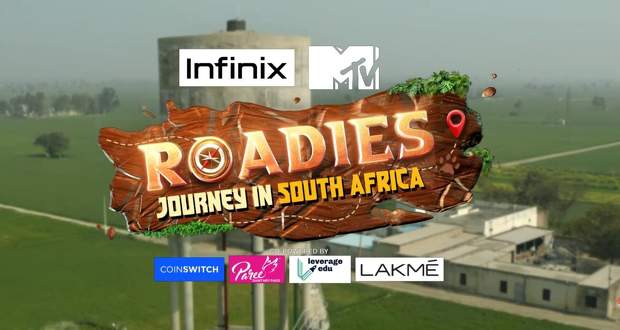 Elsewhere, Baseer Ali also cries saying that he couldn't protect their friends from getting eliminated while Gaurav Alugh and Jaswant try to support him.

Further, all the roadies get happy receiving hampers from Rage and go on their road trip.

Next task: Kayaking in the Storms

The roadies are taken to Storms River where Sonu Sood greets them and informs them that they will be kayaking in the Storms River.

Sonu explains the task in which they will have to solve the mysteries at four checkpoints which will give them a part of the passcode to open the lock on the trunk containing a flag.

The team that will complete the task earliest will win and tells the roadies to select teams.

Start of the immunity task

Team A gets their first clue and the task proceeds while Sakshi-Aashish get a little late for the fourth checkpoint and their task ends a little less.

Team B proceeds with their task but gets stuck on the locks and spends a huge amount of time jumbling the numbers and getting the lock to open.

Baseer tells the camera that he felt upset seeing Kevin win for the third time while Kavya clarifies to everyone that she vibed with the team that she and Sidharth are going to go with the flow.

Sonu announces that the winning team will get immunity for one buddy pair while the rest three buddy pairs will get 1000 Roadiums each and gives the team one minute to decide.

Lastly, Team B announces that Aashish-Sakshi will get the immunity while the rest of the three buddy pairs will get Roadiums.

© Copyright tellybest.com, 2020, 2021. All Rights Reserved. Unauthorized use and/or duplication of any material from tellybest.com without written permission is strictly prohibited.
Cached Saved on: Friday 26th of August 2022 12:26:56 PMCached Disp on: Sunday 25th of September 2022 07:06:11 AM