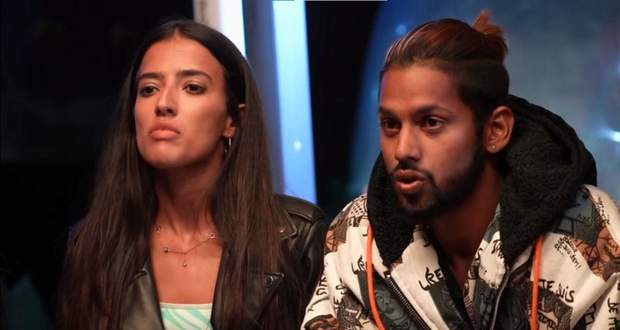 Today's Roadies 18 25th June 2022 episode starts with Kevin Almasifar reading a letter from Arushi Chawla telling him to join alliances with Moose Jattana and focus on winning the game.

The next morning, Baseer Ali realizes that he is being targeted for the soon-coming vote out and trying to manipulate the roadies to not vote against him.

Elsewhere, Yukti Arora tells Ashish Bhatia to not waste his vote and vote against Baseer as it will make Sohil Jhuti voted out otherwise.

However, Ashish refuses saying that Baseer is also his friend which causes an argument to ensure.

Later, the roadies to Cape Town and get excited while being informed that they will spend their days in the Grand Daddy hotel.

Further, the roadies are given Lakme hampers, and as it’s their last step in the journey to Africa and they roam around the city to explore.

In the evening, Sonu greets the roadies and jokes with them while asking each roadie what they learned in their journey till now.

Arsh Wahi mimics everyone and creates a lively atmosphere.

Sonu asks about the immunity and it is informed that Arushi Dutta-Jashwant Bopanna are getting the immunity which arises the question as to why Sohil-Siddharth Manoj did not fight for it.

Sohil reveals that they got a word of loyalty from them which makes Kevin comment that they are the biggest manipulators in the game.

A new twist in the vote-out

Sonu surprises the roadies by revealing that only one person from the buddy pairs will be writing down the pairs for the both of them with the freedom to write the names they want.

Arsh-Yukti and Nandini G.-Ashish are unable to decide who will vote and resort to doing a coin toss for the decision.

Baseer and Soun get the most votes while Sonu reveals that each pair who got even a single vote is in danger out and pulls out the game-changing envelope.

Sonu reveals that if the danger zone buddy pairs can guess who voted for them, they will be safe, and if they fail to do so, they will be eliminated.

All the danger zone buddy pairs guess the names correctly which leads the most voted pair to be eliminated in the ned.

Baseer gives an emotional speech and bids goodbye to the roadies before exiting along with Soun.

© Copyright tellybest.com, 2022, 2023. All Rights Reserved. Unauthorized use and/or duplication of any material from tellybest.com without written permission is strictly prohibited.
Cached Saved on: Wednesday 25th of January 2023 07:54:38 PMCached Disp on: Monday 6th of February 2023 07:21:56 PM