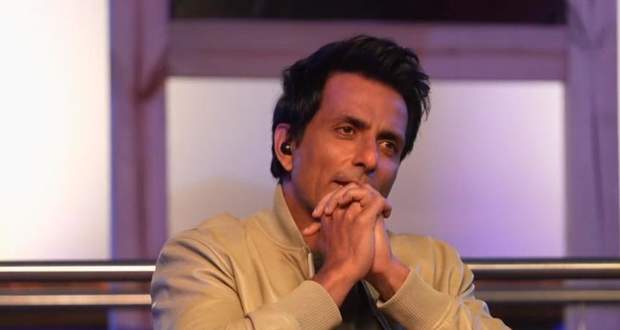 Today's Roadies 18 26th June 2022 episode starts with Aarushi Dutta crying saying that she has not only removed Baseer Ali from the game, but also from her life.

Aarush reveals that Baseer said goodbye to everyone except for her which he knows will affect her mental health while Yukti Arora comforts her.

Later, Yukti, Ashish Bhatia, and Sohil Jhuti celebrate making it this far as a team from the start.

Elsewhere, Siddharth Manoj tries to confront Kevin Almasifar but instead by bulled by him and Arsh Wahi.

They accuse Sid of using the victim card a lot and using girls which makes Sid angry at them and tells them that from now on their rivalry is personal.

The next morning, the roadies reach the spring fountain beach for their next task where Sonu Sood greets them.

Sonu reveals to them that the next immunity task will be played in teams of three buddy pairs and that the two buddy pairs having the most roadiums will be the captains.

Sonu tells them that the task is time-based and gives them instructions on the three rounds of the task.

Team Sohil-Sid goes first and clears the first round easily and goes towards the second round which is swimming.

However, Yukti’s spectacles get lost in the sea which causes her to be unable to complete the round as she starts panicking.

Arsh goes in place of Yukti and continues her task while the others keep encouraging her seeing her continuing the task while having difficulty with her eye vision.

Aarushi also struggles to complete her task while Jash keeps helping her and completing the task.

At the end of the task, Yukti has a breakdown feeling that she didn't give her best while Sohil and others try to comfort her saying that it’s okay.

Team Ashish-Nandu start the task and they also complete the task easily.

Gaurav and Nandu easily complete the swimming round while Moose feels difficulty in reaching the ball and returning to the seashore.

Simi gets emotionally and cries that she’s finally getting back her lost confidence in performing tasks.

However, Kevin’s performance is very bad which makes the other buddy pair doubt if they can give him immunity if they win.

Lastly, Sonu reveals that even with the penalty, team Ashish-Nandu wins the task and the whole team gets the immunity.

© Copyright tellybest.com, 2022, 2023. All Rights Reserved. Unauthorized use and/or duplication of any material from tellybest.com without written permission is strictly prohibited.
Cached Saved on: Monday 21st of November 2022 01:55:14 PMCached Disp on: Thursday 8th of December 2022 02:47:55 AM