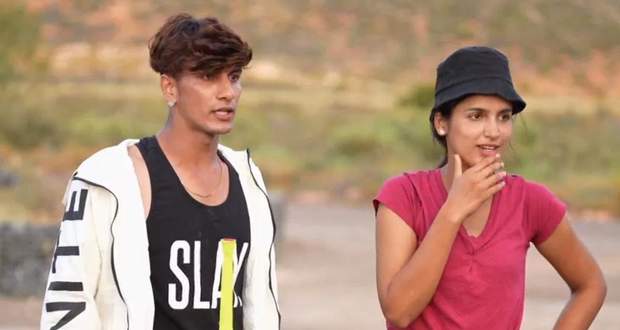 Today's Roadies 18 28th May 2022 episode starts with Baseer Ali telling his friends that he is very happy because Sapna Malik and Angad Bawa are gone from the show.

On the other hand, Kevin Almasifar and Tanish Ghorpade are taken to the hospital because of the high fever so they are disqualified for today’s immunity task.

Later, Sonu Sood pairs Soundous Moufakir and Arushi Dutta as buddies for the task that they have to accept.

Sonu starts explaining the task to the contestants and how there will be three rounds and the lowest-ranked will go into elimination.

The first round starts and one buddy guides the second blindfolded buddy to collect the elephant poop.

Soundous drops the poop in the field but she and Arushi pick that up from the field and puts it in the basket again which disqualifies them.

During the second buddy starts eating rice cakes while the other starts collecting water from elephant poop.

Sonu reminds them that they have very less time as elephants can return anytime.

Ashish and Sakshi Sharma win this task while Baseer and Jaswant Bopanna are eliminated from the last task.

During the question round, Ashish and Sakshi use their advantage and ask Sonu for help and they give the right answer.

Yukti and Nandini get the last position in this round.

At the end of the task, Simi Talsania agrees to drink the elephant poop water to get rodiums and gets 500 rodiums for it.

Later all the roadies arrive at their camp location and they get hampers for their performance.

During the bonfire, every contestant starts chilling and they are having fun.

To get to know more, download Roadies Season 2022 all episodes or watch MTV Roadies 19 online today's (28 May 2022) latest full episode, go to voot.com

© Copyright tellybest.com, 2020, 2021. All Rights Reserved. Unauthorized use and/or duplication of any material from tellybest.com without written permission is strictly prohibited.
Cached Saved on: Thursday 30th of June 2022 11:48:30 AMCached Disp on: Saturday 2nd of July 2022 08:54:00 PM