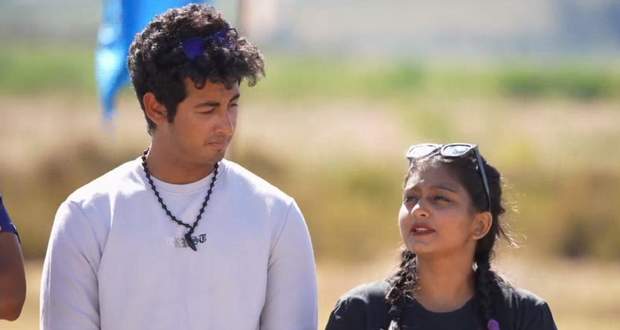 Today's Roadies 18 2nd July 2022 episode starts with the roadies entering their hotel and going to their rooms to freshen up.

A message from Sonu Sood

Afterward, Arushi Dutta and Jashwanth Bopanna get angry at Aashish Bhatia-Nandini G. for choosing Kevin Almasifar-Moose Jattana in their team.

Later, the roadies get a message from Sonu Sood to rest early as they have a very adventurous day ahead.

The following day, the roadies reach the task location and get excited about seeing planes.

However, Sonu reveals that there will be a vote-out done before the task begins and informs them that they have to vote against one new roadie and one ex-roadie regardless of whether they are from the same pair or not.

At the end of the voting, Sonu asks about the votes for the new roadie first and it is revealed that Arsh Wahi has the most votes.

Kevin brings up the topic and states that Siddharth Manoj emotionally uses the girls of the show which all the other roadies disagree with.

Further, Simi Talsania tries to talk but Kevin pressures her to reveal the whole truth and she at last states that she was talking to Kevin about how she feels seeing Sid getting closer to Kavya Khurana.

However, Kevin says that it's not true and reveals that Simi was upset as she has doubts on Sid and Yukti Arora being close to each other behind her back.

Simi gets emotional and the contestants comfort her while Yukti bashes Kevin for revealing a secret that Simi trusted him with.

Further, for the ex-roadies, Aarushi gets the most votes and she is called to the front with Arsh.

Dutta cheers up and encourages her friends saying that she doesn't regret anything.

Further, Kevin starts creating drama by saying that Arushi got used by Yukti and the other contestants.

Simi tries to talk out her complications with Moose but Moose doesn't cooperate and argues with her instead.

Sonu informs the roadies of the instructions about the next task in which they will be skydiving.

The roadies get excited while Sonu shocks them by revealing that the pair coming in the last position will be eliminated immediately.

Ashish-Nandu completes the task very easily which makes a lot of the buddy pairs worried.

Jash-Nandu gets one penalty but completes the task nonetheless.

© Copyright tellybest.com, 2020, 2021. All Rights Reserved. Unauthorized use and/or duplication of any material from tellybest.com without written permission is strictly prohibited.
Cached Saved on: Wednesday 3rd of August 2022 07:25:07 AMCached Disp on: Sunday 14th of August 2022 12:55:15 AM