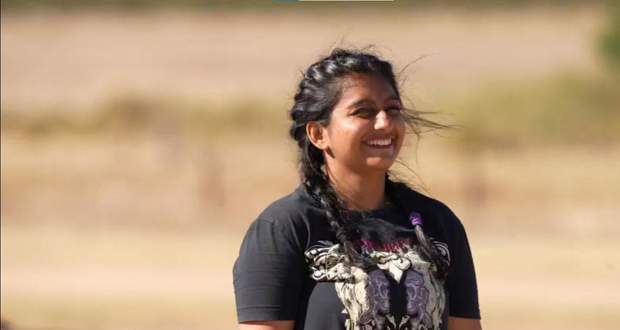 Today's Roadies 18 3rd July 2022 episode starts with Moose Jattana getting ready to skydive while Kevin Almasifar says that he trusts her to do well in the task.

Moose manages to get all the green tiles correct and Kevin hugs her out of happiness.

Simi Talsania and Gaurav Alugh also complete the task of getting all the tiles correctly.

Afterward, Sohil Jhuti does the skydiving but forgets the tiles leading to them getting six penalties.

Sohil-Siddharth Manoj get the highest time and gets eliminated.

Yukti Arora gets emotional to see her best friend Sohil leave while he tries to comfort her.

Simi also tries to cheer up Sid by telling him to not get discouraged by the hurtful words others throw at him.

Sonu further reveals that Kevin-Moose is the ones with the lowest time and gets the advantage in the form of a ticket to the finale.

Everyone claps for them while Kevin praises Moose saying that she is the one who took him to the finale.

Later, at the next location, Sonu informs the roadies that they will have to make noodles for the audience and gain points from the guest chef Leroux Botha and the audience.

A Twist in the task

However, Sonu reveals that the buddy pairs will have to sell the dish to the audience and the collected amount will be valuable in the results.

All the roadies dance and entertain the audience to get their dishes to sell.

Results of the task

The next day, Sonu greets the roadies and informs the amount collected by each buddy pair.

However, the markings out of 10 from the chef reveal that Ashish-Nandu and Yukti-Jash got 8 while Simi-Gaurav got 9.

This reveals that Simi-Gaurav won the task and get hampers along with an advantage that will be revealed in the future.

© Copyright tellybest.com, 2022, 2023. All Rights Reserved. Unauthorized use and/or duplication of any material from tellybest.com without written permission is strictly prohibited.
Cached Saved on: Wednesday 23rd of November 2022 12:02:19 PMCached Disp on: Saturday 3rd of December 2022 03:08:04 PM