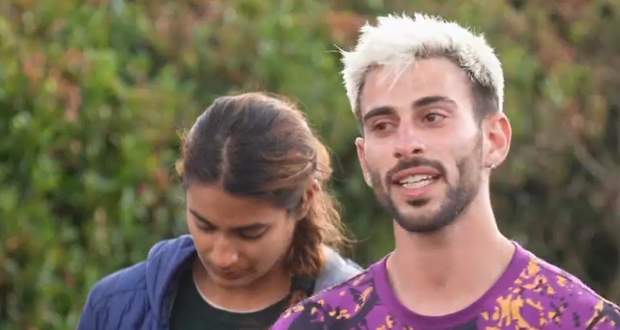 Today's Roadies 18 8th May 2022 episode starts with roadies going to their next campsite, Oudtshoorn where Kevin Almasifar takes Aarushi Chawla aside and apologizes to her for giving her the silent treatment.

However, Aarushi and Kevin again miscommunicate which leads to Kevin losing the feelings of reconciliation.

On the other side, Kavya Khurana argues with Siddharth Manoj reminding him that it was him who was stating that Simi Talsania likes him romantically.

The next morning, Sonu Sood greets the roadies at their new campsite, Highgate Ostrich Farm which scares many of the roadies.

Sonu informs the rules and conditions of the immunity task in which buddy pairs will have to collect four Ostrich eggs while doing a lot of other minor tasks.

An Interesting twist to win the Immunity

A major twist is that one of the buddies from the buddy pair will have to drink the raw egg to complete the task towards the end.

Sid-Kavya manages to complete the first part of the task and gets the advantage of getting only three eggs instead of four.

Soon after, all the other buddy pairs also complete the first part of the task and move on to the second section.

A Major set back for Sakshi-Aashish

Aashish gets angry at her which causes her to cry while Baseer Ali comes there and comforts Sakshi.

At the end of the third part of the task, Sakshi starts crying and later tells in front of everyone that she felt disrespected by Aashish's scoldings.

For the last part, Simi Talsania is the first one to drink the whole egg and complete the task.

Soundous also takes part in drinking the egg for the experience.

Results of the Immunity task

Lastly, Yukti Arora-Nandini G. come in second place and gets 1000 roadiums while Sid-Kavya get immunity for coming in first.

Soun-Kevin also get 500 Roadiums for competing in the task even after being immune.

To get to know more, download Roadies Season 2022 all episodes or watch MTV Roadies 19 online today's (8 May 2022) latest full episode, go to voot.com