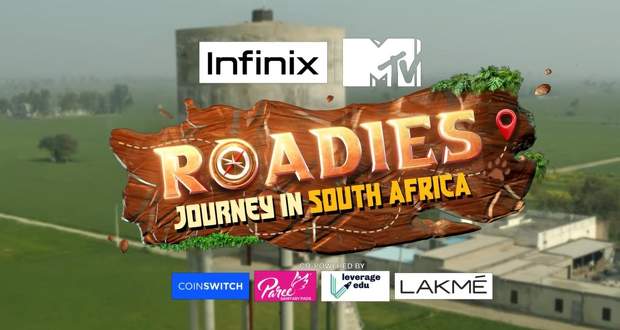 Today's Roadies 18 9th April 2022 episode starts with Sonu Sood entering the location and the contestants getting excited seeing him.

Sonu jokes with them and further asks the contestants to introduce themselves which leads to everyone learning that Jashwahnt Bopanna and Nandini G are a couple.

Afterward, Sonu asks them if they want to change their buddy pairs and Kavya Khurana tells Soundous Moufakir that she wants to pair up with someone else which upsets Soundous.

Later, Sonu tells them to announce their buddy pairs and Kavya asks Sidhart Manoj to pair up with her and he agrees.

Kevin Almasifar states that he is okay with pairing up with Soundous if Nandini allows him to.

Nandini reluctantly agrees leading to her pairing up with Yukti Arora and Kevin becoming Soundous' buddy pair in the end.

Sonu informs the contestants that in this season, they will have an in-game points system called Rodium which can be tracked through their CoinSwitch roadies accounts and will determine their value.

He announces that the winners of the first task, Muskaan (Moose) Jattana's team get 1200 Rodiums as their prize while Soundous' pair gets 900 Rodium as second prize with Nandini's pair getting 600 Rodium for coming in third.

Soundous, Sidhart and Simi Talsania get happy realizing that they have the most amount of Rodium while there is a celebration for them.

Minor injury on the second day

The next day starts with the contestants riding on their bikes with their buddy pairs and going to their next location.

However, Sidharth and Kavya skid and fall on a steep road and get minor injuries while Kevin stops to help them.

At the next location, Sonu gives them information regarding their first buddy pair task namely The Water Rugby Challenge.

Both the teams fail to score a point in the first round which changes in the second round as Team Brown Munde scores their first goal.

In the last round, Team Loyalty scores two goals and wins the match.

However, Sonu reveals that only two of the buddy pairs will gain immunity while the rest three pairs will get 3000 Rodiums leaving them tensed.